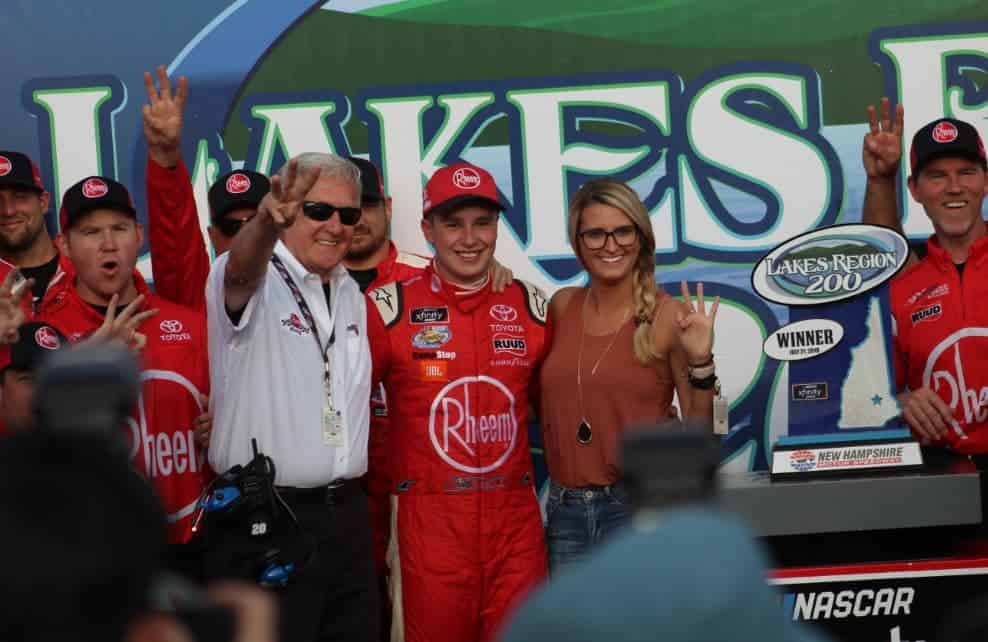 After winning the pole, Brad Keselowski was the favorite to make it another win for a Monster Energy NASCAR Cup Series driver. However, like last week in Kentucky, Christopher Bell was able to fight off the 2010 series champion to lead the most laps and get his second win in a row and his third of the 2018 season.

Keselowski had the fastest car, but he had to start at the back for being late to the drivers meeting. Despite the setback, Keselowski fought all the way back to fifth by the end of stage one and took the lead on pit road. The No. 22 car dominated and won the second stage, but pit strategy to take only two-tires at the end of the race allowed Bell to take the lead.

Keselowski was looking to make a move on Bell entering the final lap but had a bobble up the track in Turns 3 and 4. He ultimately came home in second.

“I don’t know if it’s fun, but it’s stressful, that’s for sure,” Bell said in Victory Lane. “You know, he [Keselowski] on tires there, he didn’t have left sides and we had four, so that was a big advantage for me and I was able to get a really good launch on the restart, so, you know, that was really the key there. I think he had a little bit better car than us, but pretty much all through practice we were really equal.”

The best of the rest was Ryan Preece. Every restart that took place during the second stage, Preece was able to put a fight to Keselowski. He was in a position to take second from Keselowski but had to settle for third.

Coming home in fourth was John Hunter Nemechek. The No. 42 Chevrolet stayed around the top five all race long and at one point battled for the second spot. Matt Tifft quietly fought his way from 14th at the start to round out the top five.

Late cautions played a big role in the final result. Keselowski took two tires in order to build a gap during green flag pit stops, while Bell and Preece took four. But then a caution for Jeremy Clements crashing into the pit barrels led to a red flag and the field being stacked back together, allowing Bell to use his fresh tires to take the lead.

Championship contender, Tyler Reddick had a tough day, as a collision with the wall with eight laps to go in stage one caused suspension trouble for the No.9 car. The February Daytona winner ended the day four laps down in 25th position.

Justin Allgaier was able to bring his car home in the position he started, seventh, despite suffering heavy damage to the right front after running into the back of the N0. 16 Ryan Reed while Reid was getting in the back of Ryan Truex in the No. 11, spinning the Kaulig Racing car off Turn 2.

Elliott Sadler entered the race tied as the championship leader and stayed out to begin the third stage for track position. However, he was unable to keep hold of the top five and finished the day in eighth. Daniel Hemric takes over the lead in the points with Bell up to third but leads the playoff points with his three victories.

If the driver in the 51 keeps his job someone has more money than brains.