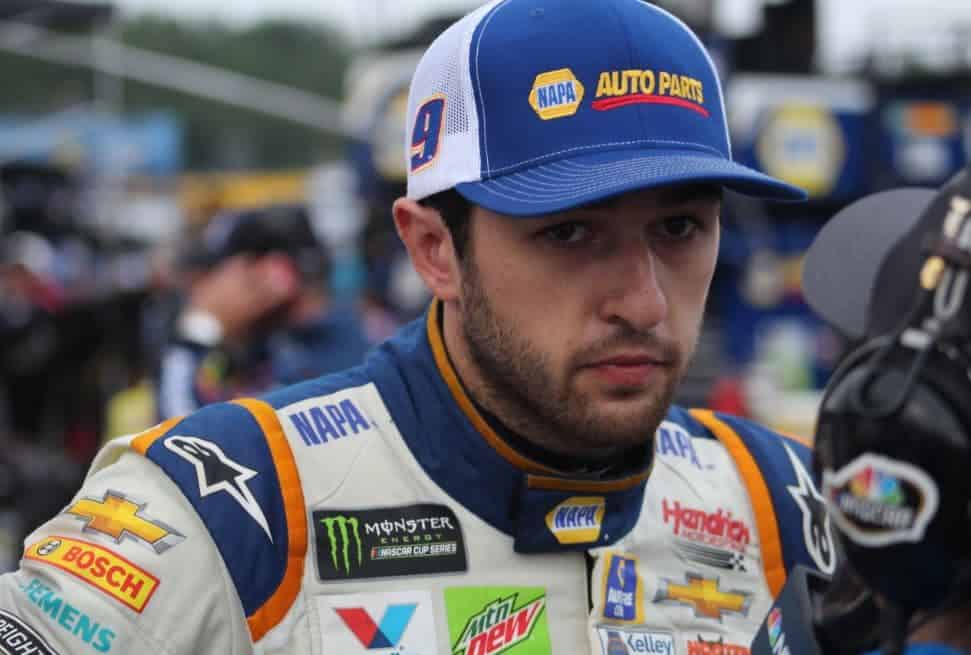 For the first time in 2018, Chase Elliott earned a stage victory, doing so in stage two of Sunday’s (July 22) Foxwoods Resort Casino 301 in his No. 9 Hendrick Motorsports Chevrolet.

Starting 10th, Elliott climbed to finish second in stage one, battling and eventually surpassing Martin Truex Jr. on lap 132. His 23-lap stint up front was his longest of 2018 and saw his No. 9 contend against the likes of Truex and Kevin Harvick.

For Elliott, a fifth-place run Sunday was a breath of fresh air for him and his No. 9 team, who entered New Hampshire near the bubble of the playoffs.

“It was a lot better than we’ve been,” Elliott said. “We haven’t run like that in a long time. It was refreshing to be up there and pass for the lead at one point. I had a lot more fun than I’ve been having.”

His first top five since Sonoma Raceway in June, Elliott was pleased to see race-leading speed return on an oval track. Additionally, it continued a positive trend for him on short/flat tracks in 2018. He finished third at ISM Raceway and second at Richmond Raceway earlier this season.

“I hope it wasn’t dumb luck,” he said. “I hope we can gain off it and get better moving forward.”

Elliott gave Chevy its third stage win of the year. Even deeper, Hendrick has had a tough year, with Elliott’s fifth place being only its eighth top five in the opening 20 races across four full-time cars.

“It shows we’re putting in the effort if nothing else,” he said. “One week isn’t in cement but I hope it’s a step in the right direction and we can do it next week.”

When I see Clyde, I think of Every Which Way But Loose. Instead of “Left turn, Clyde” it’s “End of the straight turn left, Clyde.”

Still hasn`t learned how to win in Cup.