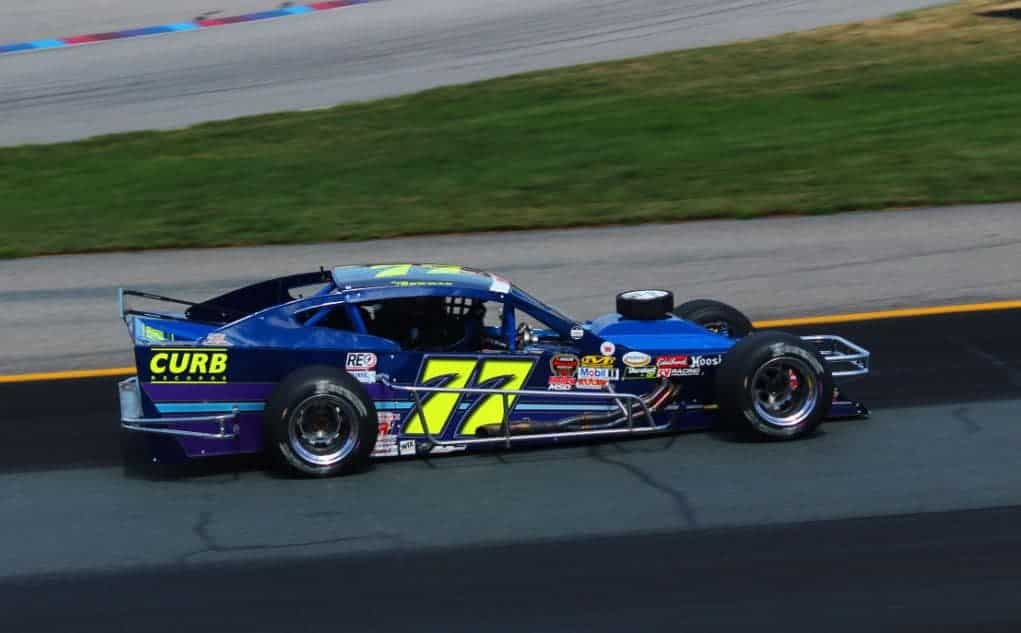 To this day, Ryan Newman remains one of the most intelligent men in the NASCAR garage, but that didn’t stop him from making comments on RaceDayCT that left me scratching my head. The topic? Grassroots racing, and Kevin Harvick’s involvement in them.

“I haven’t seen Kevin Harvick do anything other than a little sponsorship for grassroots racing,” Newman said. Then, dovetailing to his involvement, Newman noted plans (several of which have happened since that interview) to run Jordan Anderson’s truck in the Dirt Derby at Eldora Speedway, to run a modified at New Hampshire Motor Speedway (where he won the pole and finished third) and to race a Silver Crown car at Lucas Oil Raceway later this season.

That little sponsorship being referenced is likely Harvick’s sponsoring of a contingency program for the SK Modified division at Stafford Motor Speedway, and it’s clear from Newman’s comments that he places his participation as a Monster Energy NASCAR Cup Series driver and Daytona 500 winner in grassroots events above such sponsorship efforts.

“I don’t get in the racecar and put my helmet on because I feel a responsibility to grassroots racing,” Newman continued. “I want to know that I’m doing my best and it makes a difference for grassroots racing.”

The presence of major Cup stars in racing outside the NASCAR umbrella on tracks that most fans would consider grassroots has become far more visible over the last few years. While making himself a household name in the Cup ranks, Kyle Larson has continued to race dirt all over the country, and one rung below him in the XFINITY Series ranks, Christopher Bell is doing the same while leading the series in playoff points.

Newman has run at least one modified race every season for a decade straight. Kyle Busch has routinely shown up for a number of super late model races across the United States. And though he hasn’t been a NASCAR regular for a long time, Ken Schrader continues to criss-cross the United States to race anything with four wheels and a Drydene or Federated Auto Parts decal on it.

Despite this, the continuing decline of racing viewership, both in terms of attendance at the track and ratings on TV, shows no signs of stopping.

Having celebrity drivers race at this level does bring attention and legitimacy (as if it was needed) to the grassroots ranks. But does that attention turn into attendance? Does it in fact create something tangible for grassroots racing past extra ticket sales for that one day or night? Because if minor-league stock car racing has seen anything over the last decade, it’s proven positive that celebrity drivers showing up is not a recipe for success.

In 2006, Harvick started a five-year run of Cup drivers winning the XFINITY Series championship, sprinkling starts in his self-owned car with a nearly full schedule in Richard Childress’ formidable No. 21 to clinch the title nearly a month before the season ended. Despite those five years of involvement by Cup regulars, within three years of Brad Keselowski winning the 2010 title, standalone XFINITY Series races at Nashville Superspeedway, Gateway Motorsports Park, Lucas Oil Raceway and Circuit Gilles Villeneuve disappeared; to this date, none of those venues have hosted an XFINITY race since.

Also of note during this stint is Busch. Over the last decade, Busch has won more XFINITY races as a Cup regular and household name than any driver in the same period — or in history, for that matter. Despite scoring nearly 100 trophies in the XFINITY ranks as one of the sport’s biggest stars, attendance is down everywhere, TV ratings are down everywhere and car counts have stagnated (only 40 entries are listed for this weekend’s XFINITY visit to Iowa Speedway).

And it’s not just Cup regulars as celebrity drivers that prove to have no staying power when it comes to, as Newman put it, make a difference for grassroots racing. Rewind to 2010, when Danica Patrick made her ARCA debut at Daytona International Speedway and turned the series’ annual 200-mile season opener into arguably the biggest media event of Speedweeks. After a telecast that might as well have been filmed from the cockpit of Patrick’s car, three weeks later, when the ARCA Racing Series next took to the track just a few hours away at Palm Beach International Raceway, next to nobody showed up. And while attendance was certainly hampered by the monsoon that race was run in, ARCA has not been back to Palm Beach since.

The conclusion? Celebrity drivers appearances are a sugar high, great to put on a promotional poster but hardly proven as an effective tactic to get fans in the stands a week later, a month later, a season later, whatever the case may be. And while some may argue that considering XFINITY Series and ARCA Racing Series events grassroots may be stretching it, they’re just as foundational to the top levels of motorsports as the local bullring.

That conclusion makes Newman’s criticism of Harvick all the more surprising and even out of place. Harvick choosing to sponsor a weekly division at Stafford is something tangible that actual grassroots drivers will benefit from every week the modifieds take to the track. More so, Harvick is a former grassroots owner himself, having fielded entries from the XFINITY Series to the Camping World Truck Series to ARCA under the Kevin Harvick Inc. banner for years.

It’s not as simple as saying celebrity drivers appearing is good or bad. Bell winning the Chili Bowl as a NASCAR regular each of the last two seasons hasn’t diminished that race or made tickets available (side note: if any Frontstretch readers want to sell me a Chili Bowl ticket at face value, please make yourself known now). NASCAR regulars have won the Snowball Derby in three of the last four seasons, which hasn’t diminished its standing as the Super Bowl for super late models. And just as Kevin Harvick Inc. gave drivers such as Cale Gale a shot at the big-time, Kyle Busch Motorsports has simultaneously provided a springboard for numerous drivers up the proverbial NASCAR ladder, even while facilitating Busch’s continued looting of minor league trophies.

There are a lot of variables to consider with this topic. There are enough late model races out there that even when a Kyle Busch wins a major race, it doesn’t feel like he’s winning all the time. Dirt track races are inherently sprints and often subject to inverts and other elements of the draw, making dominance by any driver less likely. And unlike at the top levels of NASCAR, many viewers and fans in the stands are less likely to be aware, or able to observe, which teams have distinct advantages in terms of equipment and resources.

But for purposes of today’s foray, even smart people put their feet in their mouths from time to time. Given the season Newman’s having in his day job, I’ll let him slide job his way out of this one.

I certainly don’t see Cup drivers running the Xfinity or truck races putting a lot of fannies in the seats at the tracks. If that’s their justification for taking away points, trophies and prize money from the Xfinity teams, it’s a failure. Putting the best drivers in the best cars, built by Cup teams isn’t exactly an exciting premise. Until you can prove to me that having Cup drivers driving Cup prepared cars makethe series stronger or more appealing, I say keep them in their ow series.