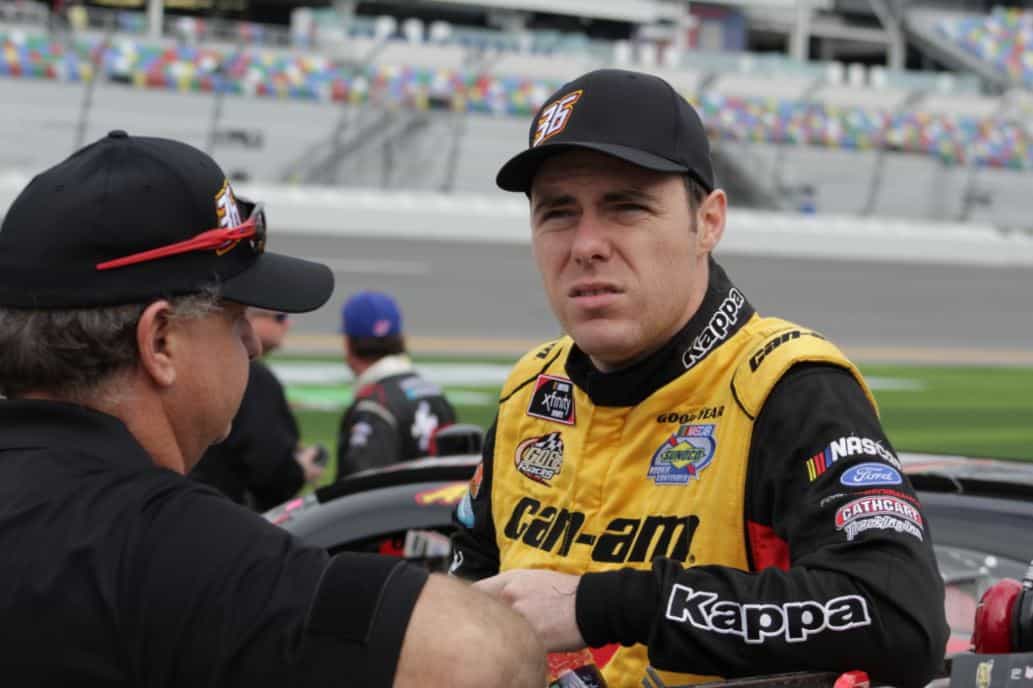 The entry list for Saturday’s US Cellular 250 at Iowa Speedway in the NASCAR XFINITY Series features a name many fans may not recognize if they don’t follow the NASCAR Pinty’s Series or have an encyclopedic knowledge of Camping World Truck Series fields in the mid-2000s: Peter Shepherd.

Shepherd, 31, will make his XFINITY debut at Iowa, barring any entry list changes that either take him out of the ride or add more than 40 cars to the list. He’ll drive the No. 55 for JP Motorsports, a team that has fielded Stephen Leicht, Jennifer Jo Cobb, Brandon Hightower and Bayley Currey in the car in 2018 as well.

There are a few points of interest with Shepherd’s debut, including the fact that he last ran a NASCAR national series race over a decade ago. As a 19- and 20-year-old in the mid-2000s, Shepherd competed in seven races for Roush Fenway Racing in the Truck Series, scoring a best finish of 15th at Memphis Motorsports Park in 2007. He hasn’t shown up in one of the national series since that year.

Where has he been? Canada, mostly. Shepherd is a five-time winner in the Pinty’s Series despite a part-time schedule every year he’s competed. In 2018, he returned from a five-year absence to run more Pinty’s races, with three top 10s in three starts so far.

You’ve probably surmised at this point that Shepherd is Canadian, hailing from Brampton, Ontario. Despite the country’s proximity to the United States, drivers like Shepherd aren’t exactly out in droves in the top series of the sport. Aside from the Truck Series’ yearly jaunt to Canadian Tire Motorsport Park, all three North American circuits are U.S.-only, and the amount of tracks close to the border are minimal.

That said, Shepherd isn’t the only Canadian in the field these days. Here are the other four that have run at least one race so far in 2018.

Probably the most prominent example of the past few years (and the only driver in the Monster Energy NASCAR Cup Series from Canada so far in 2018), DJ Kennington, made waves at the 2017 Daytona 500 thanks to making the field with the fledgling Gaunt Brothers Racing. News coverage of Kennington qualifying for the race was often skewed toward his nationality; after all, he was the first Canadian in the race in nearly three decades. He has 12 Cup starts to date — all since 2016 — along with 50 XFINITY races and seven Truck entries.

Alex Labbe is one of the more recognizable Canadians on the national series circuit these days as one of only two full-timers in 2018. The 25-year-old is currently in the midst of his first full-time season with DGM Racing, piloting the team’s No. 36 as a teammate to whomever (usually Josh Williams) is in its No. 90. Through 18 races, Labbe is 20th in points with a best finish of 11th at Bristol Motor Speedway. He’s the reigning Pinty’s Series champion, winning five races in 2017 on the way to the title.

A new entrant into the NASCAR national series is Donald Theetge, who made his XFINITY debut at New Hampshire Motor Speedway last weekend, finishing 33rd in DGM’s No. 90. An XFINITY rookie at age 51, the Quebec native won his first Pinty’s race earlier this year at Wyant Group Raceway. He’s also a longtime competitor on the American Canadian Tour late model circuit.

Besides Labbe, Stewart Friesen is the other full-time Canadian in a NASCAR national series at this moment, driving the No. 52 for Halmar Friesen Racing in the Truck Series. After a failed full-time effort in 2017, Friesen’s competed in every race so far this season, sitting fifth in points with five top fives and eight top 10s. No wins yet, but as long as he remains in the series and the trucks keep visiting Eldora Speedway, he’ll get there, as Friesen is a dirt-racing ace.