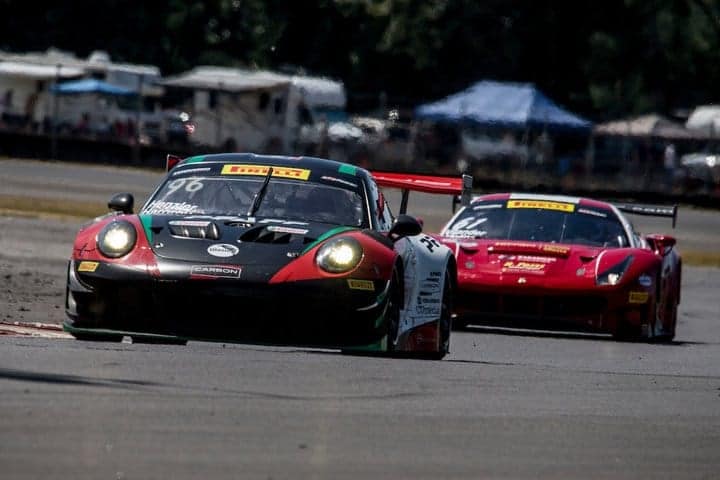 On Friday, the SRO Motorsport Group held their annual press conference at the Circuit de Spa-Francorchamps, site of this weekend’s Total 24 Hours of Spa.

First off is the GT Pirelli World Challenge, the headlining class.   As previously announced, the GT cars will participate in only seven race weekends in 2019, down from 10 in 2018.  The GT3 cars will no longer race in support of the Verizon IndyCar Series.  The street races at St. Petersburg and Long Beach have been dropped from the schedule, while Road America has been moved away from the INDYCAR weekend.

The season will start at Circuit of the Americas in Texas next March, but that weekend is not yet confirmed.  VIR will retain their current weekend next season, along with Canadian Tire Motorsports Park.

After a one-year absence, Sonoma Raceway returns to the schedule with an early June race weekend, similar to what the now-Monster Energy NASCAR Cup Series had when they first raced there in 1989.  Then, there is a long break before Watkins Glen on Labor Day weekend.  Road America will run in September.  The season wraps up with a Grand Finale at an unknown circuit in early October.

It’s not the California 8 Hours, as that race will move from October to either March or April in 2019.  It will be the second race of the Intercontinental GT Challenge after the Liqui-Moly Bathurst 12 Hour.

The East series’ five-race schedule will run in support of the GTS Pirelli World Challenge.  They’ll start their season at St. Petersburg before racing at VIR, CTMP, Watkins Glen and Road America.

The West series will start their season on one of the configurations at The Thermal Club, a country club circuit near Coachella southeast of Palm Springs.  There’s a race at an unknown circuit in California track scheduled for May.  The other three races will run as support events to the GT Pirelli World Challenge.

Lime Rock Park and Utah Motorsports Campus have been dropped from the schedule for 2019.  In Lime Rock’s case, they have already secured a replacement series for Memorial Day weekend.

The Trans-Am Series presented by Pirelli raced at Lime Rock through 2015 before Pirelli World Challenge showed up, so this is a return of sorts.  Also of note, all of Trans-Am’s classes used the Classic Course with the Climbing Turn, thus providing fans with the potential for big wheelies.