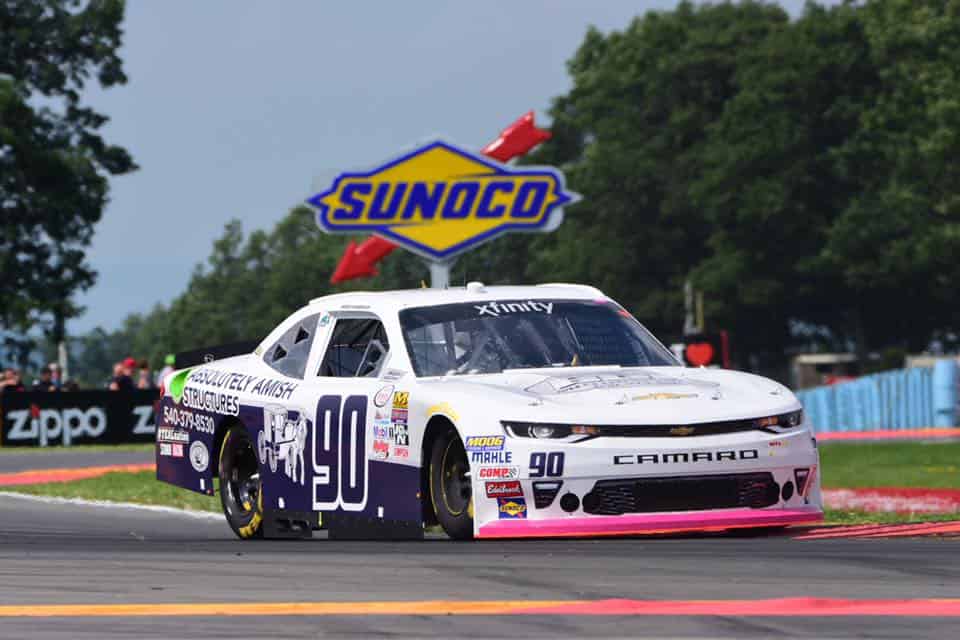 Earlier this week, Andy Lally was announced as the driver for the No. 90 DGM Racing XFINITY ride for three road course races this season. Now, the team has signed on Brian Henderson to drive the car next weekend at Watkins Glen International (Aug. 3).

Henderson, 21, made his XFINITY Series debut last season at WGI, finishing 33rd. He completed 59 of 82 circuits before pulling into the garage with ignition problems.

The No. 90 car will be prepared by Brandonbilt Motorsports, which typically fields rides for Brandon Brown when he competes in the same ride. However, the car is still owned by Mario Gosselin of DGM Racing.

Henderson started his racing career in go-karts. In 2016, he competed in five K&N Pro Series East races with a best finish of ninth at Virginia International Raceway.

Josh Williams, who is the primary driver of the No. 90 car will likely be the crew chief, making his debut atop the pit box at New Hampshire Motor Speedway as Donald Theetge made his series debut.