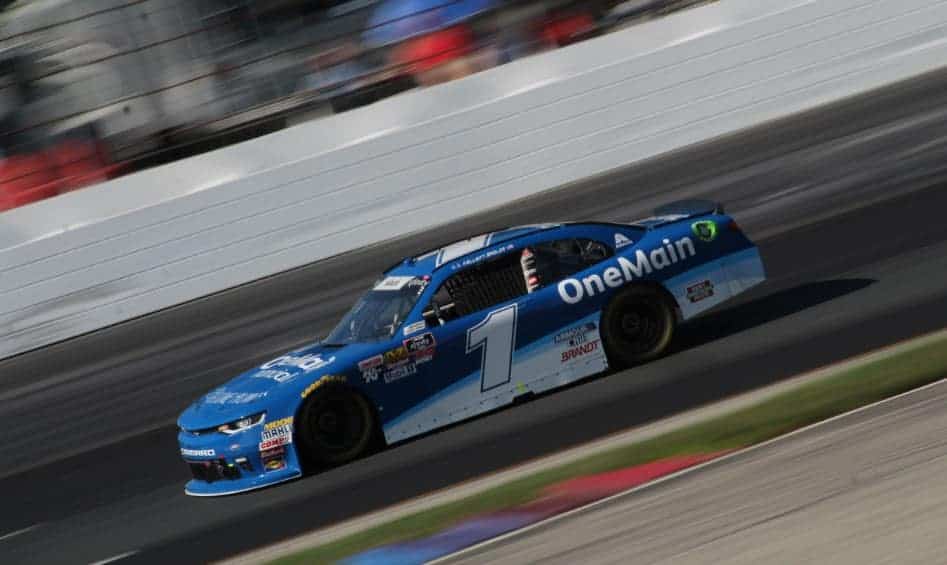 While the Monster Energy NASCAR Cup Series and Camping World Truck Series compete at Pocono this weekend, the XFINITY Series has an introverted weekend with a return visit to Iowa Speedway for Saturday’s U.S. Cellular 250 presented by the Rasmussen Group (5 p.m. ET, NBCSN). Elliott Sadler and Casey Roderick led the pair of 50-minute practice sessions late Friday afternoon. In both sessions, Chevrolets took seven of the top 10 spots.

Sadler matched his car number in shooting to the top of the leaderboard after the first practice session, clocking in at a speed of 130.999 mph.

Rookie Christopher Bell, who has won the past two NXS races, was second at 130.993 mph in a Joe Gibbs Racing Toyota. Third was fellow rookie Tyler Reddick at 130.662 mph in a JRM Chevy, who spun but didn’t damage anything on the car.

Fourth was points leader Daniel Hemric at 130.646 mph for Richard Childress Racing, and rounding out the top five was JRM’s Justin Allgaier at 130.635 mph.

Roderick, driving the No. 23 GMS Racing Chevrolet this week was sixth, followed by Kyle Benjamin in the JGR No. 18. Ryan Reed was the fastest Ford for Roush Fenway Racing in eighth, underdog Stephen Leicht was ninth in the RSS Racing No. 93, and JRM’s Michael Annett was 10th.

34 of the 40 entries participated in this practice, Sadler and Reddick turning the most laps at 32 each. Three drivers each drove five laps, tying for the fewest driven.

The best 10-lap average belonged to Austin Cindric, in the Team Penske No. 22 this week, and he was followed by Chase Briscoe in the RFR No. 60 and Sadler.

Slowest in the session was Peter Shepherd‘s No. 55 at 121.523 mph, the Canadian is making his NXS debut in a JP Motorsports Toyota.

John Hunter Nemechek spun early in practice with no damage; the No. 42 finished in 20th. While the car was undamaged, he did lose a significant amount of practice time getting the car off of the rollback tow truck with flat tires without damaging the splitter.

Briscoe and Tifft tied for most laps in the session with 52 apiece, while several drivers only took two laps each.

Qualifying for the U.S. Cellular 250 presented by the Rasmussen Group will be Saturday, July 28, at 3:05 p.m. ET, with the race beginning around 5 p.m. ET. TV coverage will be on NBCSN.