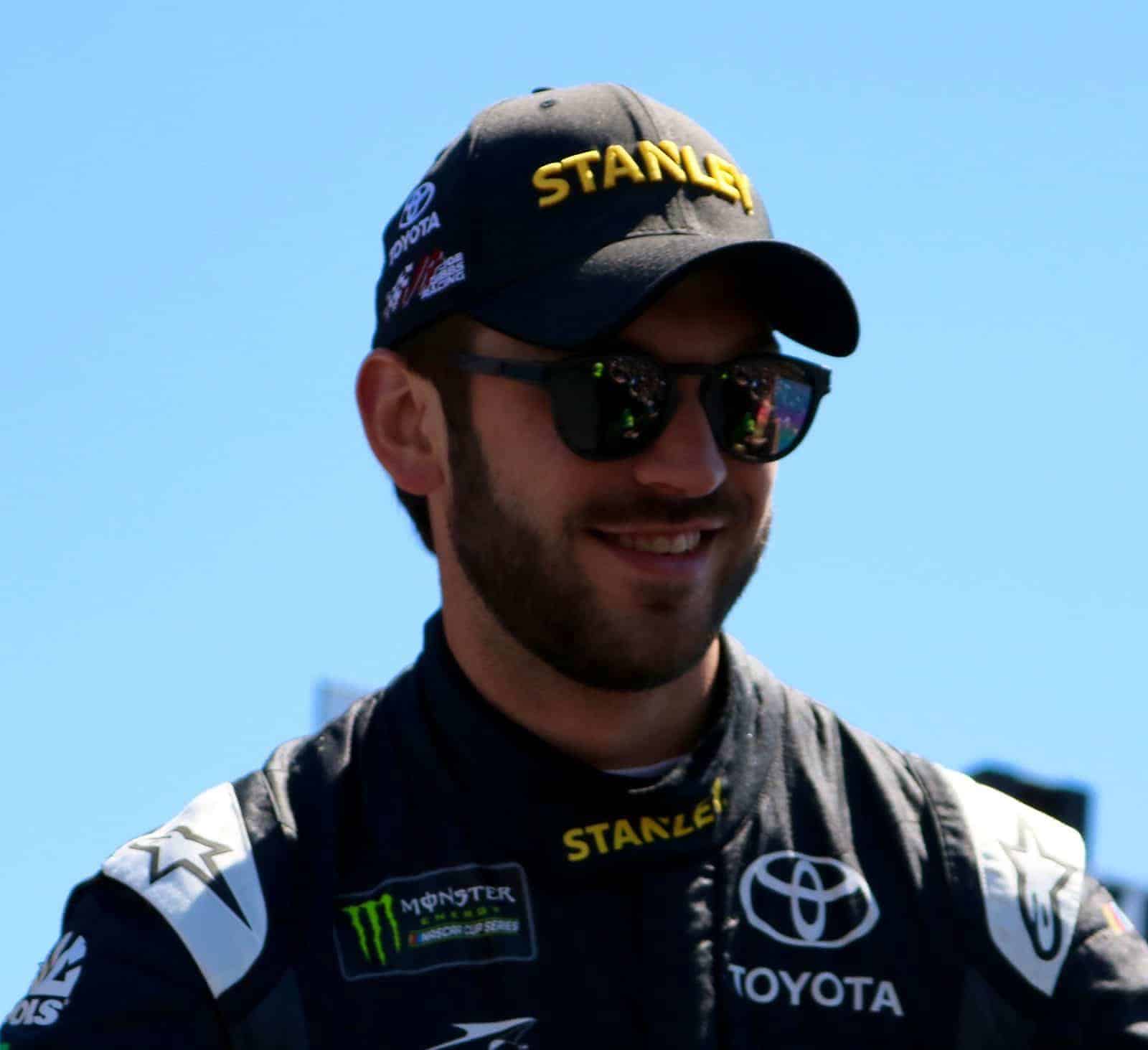 Daniel Suarez won his first career Monster Energy NASCAR Cup Series pole at Pocono Raceway in the most bizarre of fashions Saturday (July 28). The Joe Gibbs Racing driver posted a speed of 176.988 mph which was good enough to best his rivals that, well, survived.

At the conclusion of three rounds of qualifying, Kevin Harvick and Kyle Busch sat atop the scoring pylon. However, NASCAR officials disallowed their times as part of a larger crackdown on measurements. The No. 4 car failed the Optical Scanning System while the No. 18 car failed the chassis station in post-qualifying inspection.

That left Suarez, in just his second year in Cup, earning his first pole position.

“I really wish next time I could get a pole being the fastest guy and not getting a couple guys disqualified,” Suarez said of winning the Gander Outdoors 400 pole. “The car was fast. We had a pretty good lap going in the last round… We’ve been working extremely hard to put things straight, so I’m happy today is going well. Hopefully, we can keep that going into tomorrow’s race.”

Prior to Pocono, Suarez’s best career qualifying effort was a third at Dover International Speedway in June of 2017. Well behind in the NASCAR point standings, he’ll need a victory in order to qualify for this year’s playoffs.

Disqualifications behind Suarez shuffled up Sunday’s starting lineup. Three of the next fastest cars – Kyle Larson, Joey Logano and William Byron – also got nailed by inspectors. In all, 13 cars had their times disallowed, a list that also includes seven-time NASCAR champ Jimmie Johnson and last year’s Pocono winner Ryan Blaney.

Chase Elliott jumped up to sixth, continuing his recent run of momentum for Hendrick Motorsports. Former Pocono winner Kurt Busch was the first driver that didn’t make the final round of qualifying, but with the disqualification of other drivers, the No. 41 car will roll off seventh. June winner Martin Truex Jr. sits just behind in eighth.

Ricky Stenhouse Jr., who enters Pocono 28 points off the playoff cutline, failed to make it to the second round of qualifying and will start 17th on Sunday. Teammate Matt Kenseth (11th after inspection failures in front of him) also stumbled as speed continues to elude Roush Fenway Racing.

“We’ve struggled today,” Stenhouse said after his lap. “We came here with hopes of being better, but right now we’re not very much different from where we were the first time we came here this year.”

No specifics were given for why so many drivers failed post-qualifying inspection. However, NASCAR has faced mounting criticism this year with the inspection process. At several races, multiple cars have not finished up in time to run a qualifying lap.

The green flag for the Gander Outdoors 400 is scheduled to wave shortly after 2:30 p.m. ET Sunday. Television coverage will be provided by NBCSN.

Kyle Busch is the defending race winner of the Pocono July race.

So, this is NASCRAP’s new answer to parity: Disqualify the dominant cars and make them start at the rear. Who is policing the police here? I hope Harvick and Kyle Busch finish 1-2 after this latest f-up by NASCAR.

I guess FS just can’t keep up with the NASCAR BS. Here are MORE DQ’s from qualifying. The rear of the field is boing to be a busy place on Sunday.

Does this mean that Nascar will, at least on some occasions enforce the rules? Nah. Starting at the rear of the field is really no penalty at all.

Especially at a place like Pocono where it is quite hard to get lapped and even if you do, NASCAR’s welfare program could come into play.
At least take away the free pass/wave around option for anyone who fails these prerace inspections.