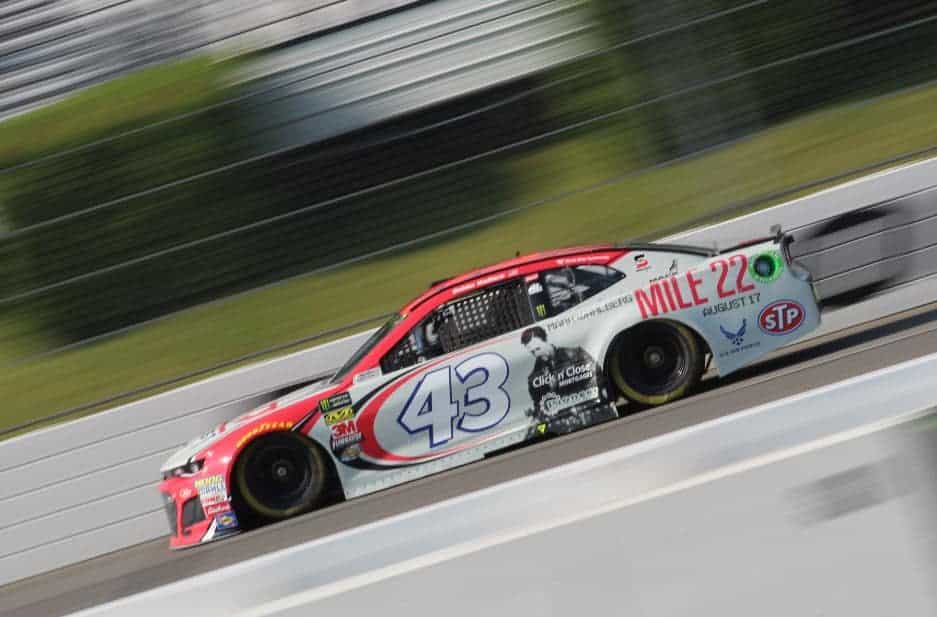 Richard Petty Motorsports got young in 2018, with Darrell Wallace Jr. as the primary driver of the No. 43 car. On Saturday at Pocono Raceway, the team announced the rookie driver will return to the organization through 2020.

“For me there was no matter of searching,” Wallace said on Saturday at Pocono. “For me it was just a matter of getting our cars better. I think this helps. This lets me kind of relax a little bit and really digest and focus on the race car. There’s no need to go out and search.

“It’s just a matter of making this team better and Richard is obviously the king for a reason, and he wants to see his cars back in Victory Lane. I felt like there’s some unfinished business before I do leave this organization and it’s obviously to give him a win.”

It’s said to be a multi-year deal, though Wallace confirmed its a two-year deal. It’s the first time since coming to NASCAR he knows where he will race more than a year in advance, as all of his deals have been year-to-year.

Richard Petty, owner of RPM, joked that Wallace has done just enough to stay with the race team, but it’s still a learning process.

“If you look back, a lot of the drivers I’ve had kind of went through their deal and then we picked them up on the back-end,” Petty said. “We want to start out a little bit different this time. We’re going to start out on the front-end. Bubba was a logical choice for us.”

Through the opening 20 races of the season, Wallace sits 24th in the championship standings, 138 markers behind Alex Bowman, who sits on the playoff cut-line. However, the rookie driver kicked-off the year with a second-place finish in the Daytona 500. He has one additional top 10 at Texas Motor Speedway, an eighth-place result in early April.

“The outsiders looking in, their expectations need a little reality check,” Wallace said. “We already know but they don’t. Going up there leading every lap, we don’t have the budget.”

The Cup Series is at Pocono Raceway this weekend, where Wallace made his debut in June of 2017 for RPM. In two prior starts at the Tricky Triangle, he has a best finish of 26th.

more like got to have a driver who for, pick your reason, can get sponsors to pay to support a mid pack team.