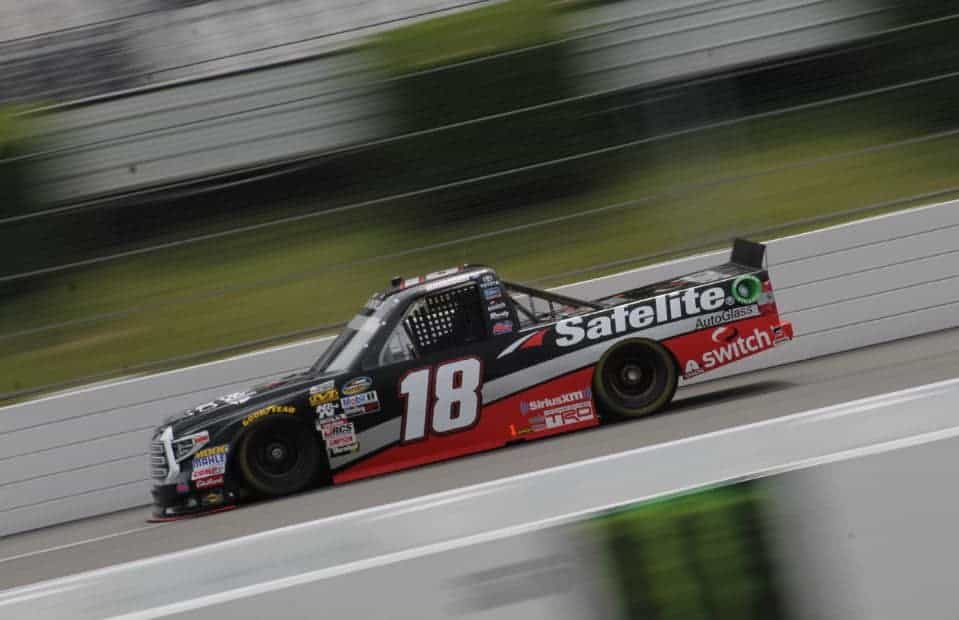 Noah Gragson will not compete in Saturday’s (July 28) Gander Outdoors 150 from Pocono Raceway.

Gragson has been battling a stomach bug all weekend long, which ultimately resulted in him failing to turn a lap during the morning qualifying session. The championship contender will receive a medical waiver per NASCAR.

“Noah Gragson has been treated and not cleared to return to racing action at this time,” stated a representative from NASCAR. “NASCAR has granted him a playoff waiver so he will be able to contend for a championship. Any news on a replacement driver will come from Kyle Busch Motorsports.”

It looks like Noah Gragson is pretty sick in Pocono today.@KaitlynVincie has more: pic.twitter.com/v6UUkGd5S3

Unable to race today in Pocono due to Doctor not clearing me to race. If it were up to me, I’d be in my @safelite Tundra. I tried everything in my power to race. Thanks to everyone who supports me in my career. I feel like I’ve let everyone down. But respect NASCARs decision.

The replacement driver as of this writing as yet to be determined, but speculation is that it will be a former Kyle Busch Motorsports driver.

UPDATE: Erik Jones will run the No. 18 Toyota in Gragson’s place.

The green flag will wave shortly after 1 p.m. ET. Kyle Busch will start from pole and KBM has won the past three races at the Tricky Triangle.