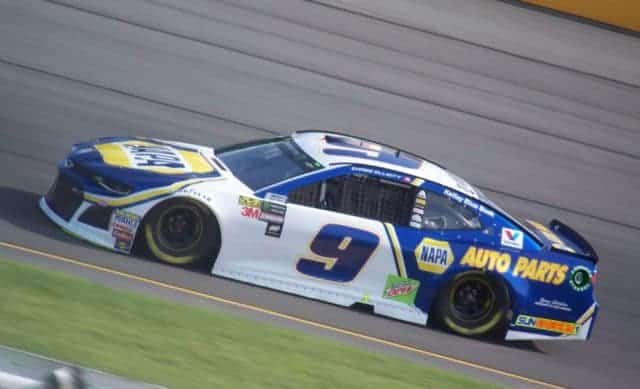 Chase Elliott from the end of the 2017 season re-emerged Sunday at Pocono Raceway. Pushing for his first career win, the driver of the No. 9 Chevrolet earned his second stage victory of the season but dropped back to seventh on the final restart of the day. It’s his second straight top-10 finish which gives the appearance that Hendrick Motorsports and Chevrolet could be slowly finding the speed that has been lacking all season.

“Well we ran well here in June but at Michigan, we struggled so I don’t feel like we’re out of the weeds yet,” said Elliott. “It doesn’t hurt that we have some good momentum. We are coming up on some tracks that we ran well at either in the first go or places that have been better for us. So we’ll keep after it and see where we end up.”

At Sonoma earlier this season, Elliott made moves that likely surprised everyone, especially after his previous performance at Sonoma and Watkins Glen. With that uptick in momentum, Elliott could be looking to pick up his first career victory on the same type of track his father did, a road course.

In two starts at Watkins Glen in the Cup Series, Elliott has back-to-back 13th-place finishes. He also has two top 10s at the track in the XFINITY Series, including a best finish of sixth in his debut in 2014.