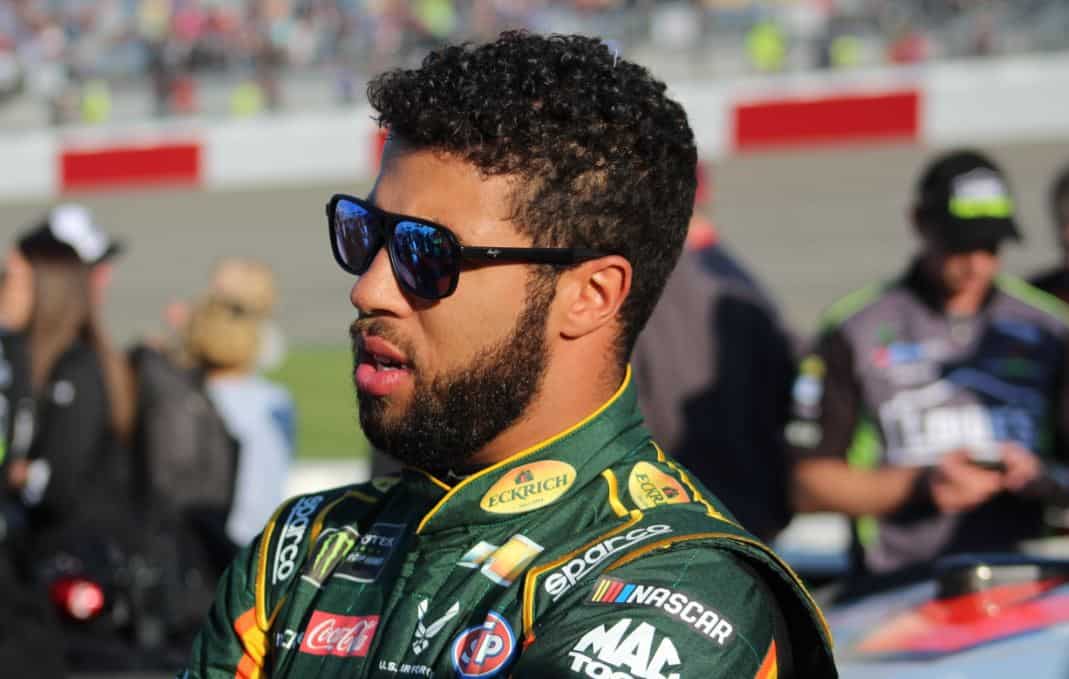 Darrell Wallace Jr. walked away from a terrifying crash late in Sunday’s (July 29) race at Pocono Raceway. Wallace was on the lead lap, vying for a top-20 finish in his No. 43 Ford when the brakes apparently failed and sent him hurtling into the Turn 1 wall at high speed.

Very scary hit for Bubba Wallace. Thankfully he was able to get out under his own power. pic.twitter.com/vYUbFMuvm1

Wallace did get out of the car under his own power but needed a few minutes to catch his breath. The hit was eerily reminiscent of one Jimmie Johnson took in June 2017 at this track.

Wallace was checked out thoroughly in the infield care center but came out OK. It was a disappointing turn of events for a driver who signed a contract extension with Richard Petty Motorsports earlier in the weekend.

“I’m OK,” Wallace said. “Hardest hit of my career. There’s no feeling like being helpless going into Turn 1. It scared the hell out of me. I’ll wake up tomorrow feeling sore but safety has come a long way. It’s good to be able to climb out of the car.

“Just unfortunate ending for us. We were trying to get by, salvage a decent finish and … brake failure. I should have hooked a right into the fence to slow me down but I’m used to turning left to slow me down.”

NASCAR nation is breathing a sigh of relief Wallace is OK along with his girlfriend, Amanda Carter.