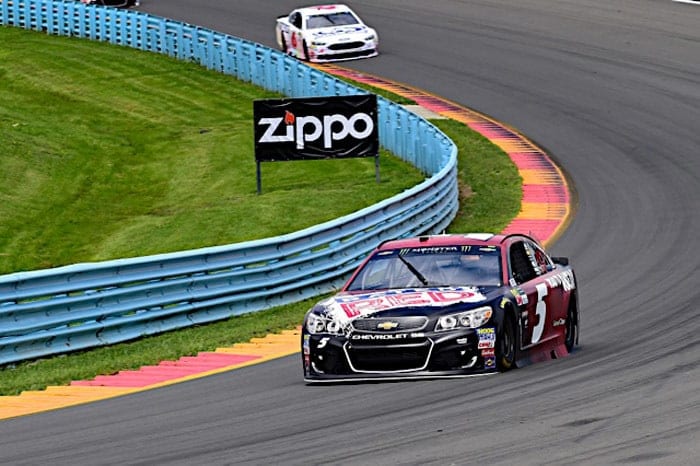 The Monster Energy NASCAR Cup Series will head to Watkins Glen International this weekend for the second road course event of the 2018 season on Sunday, August 5.  There are only three changes to note on the 37-car entry list for this 90-lap race.

Spencer Gallagher will make his Monster Energy NASCAR Cup Series debut in the No. 23 car for BK Racing this weekend.  Gallagher has been on a roller coaster this season in the sport.  After scoring a win at Talladega in the XFINITY Series, he was suspended indefinitely by NASCAR the following week due to a failed drug test.  Gallagher successfully completed the Road to Recovery Program in July and was reinstated.  He climbed back into the No. 23 car for GMS Racing at Kentucky but has not raced since.  Gallagher will carry the Allegiant sponsorship on the car as he has done his entire career at GMS.

Note that GMS crew chief Mike Beam is among those who have made a bid for BK Racing’s assets. A North Carolina court will determined the winning buyer later this month during the final NASCAR off week of 2018.

In other changes, Cole Whitt steps back into the No. 72 car for TriStar Motorsports after Corey LaJoie has driven the past several weeks. Whitt has not raced since Sonoma where he scored a 35th-place result.

Parker Kligerman is back in the No. 96 car for Gaunt Brothers Racing this weekend.  The team announced last week Jeffrey Earnhardt will be in the car for 14 races this year.  However, this race was not one of them so Kilgerman gets behind the wheel for the first time since Sonoma.

Opening practice for this race takes place on Saturday, Aug. 4 at 10:05 a.m. ET with no TV coverage announced yet.  The green flag waves on Sunday, Aug. 5 at approximately 2:48 p.m. ET with coverage on NBCSN.