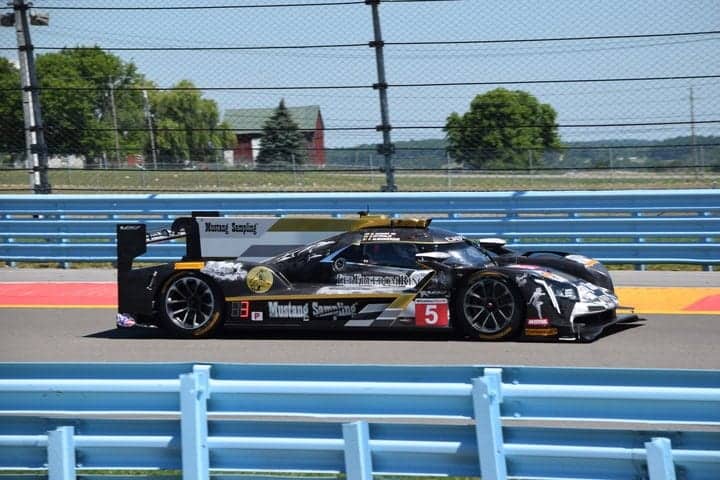 This weekend, the IMSA WeatherTech SportsCar Championship is back in action with all three of their classes for the first time in nearly a month.  35 teams are entered in Sunday’s sprint race at Road America in Wisconsin.

Tequila Patron ESM is back to running two cars after having to cut to one for Canadian Tire Motorsports Park due to a shortage of engines.  Ryan Dalziel and Scott Sharp are back in the No. 2, while Johannes van Overbeek returns to partner Pipo Derani in the No. 22.

There are 13 entries in the GT Daytona class, up from 10 at Lime Rock.  Teams added to the grid include Squadra Corse Garage Italia, which debuted at Watkins Glen.  Oswaldo Negri Jr. is back in the car alongside Francesco Piovanetti.  Park Place Motorsports is back as well with their Porsche for Jörg Bergmeister and Patrick Lindsey.

Wright Motorsports’ No. 16 Porsche is entered once again.  It was originally supposed to race at Lime Rock, but the car was quietly withdrawn prior to the first practice session due to a conflict for Michael Schein.  Schein is entered here, but Wolf Henzler has a conflict and won’t be there.  An unannounced replacement driver will partner with Schein.

David Heinemeier Hansson is back in 3GT Racing’s No. 15 Lexus this week, replacing Mario Farnbacher.  Heinemeier Hansson claimed on Twitter that he skipped the weekend because he disliked Lime Rock and thought that teammate Jack Hawksworth deserved a better teammate.

Finally, in a change just announced on Tuesday that is not reflected on IMSA’s entry list, Alessandro Pier Guidi will drive the No. 63 WeatherTech Ferrari 488 GT3 in place of Gunnar Jeannette.  Pier Guidi won the 2017 FIA World Endurance Championship’s GTE-Pro title with James Calado.