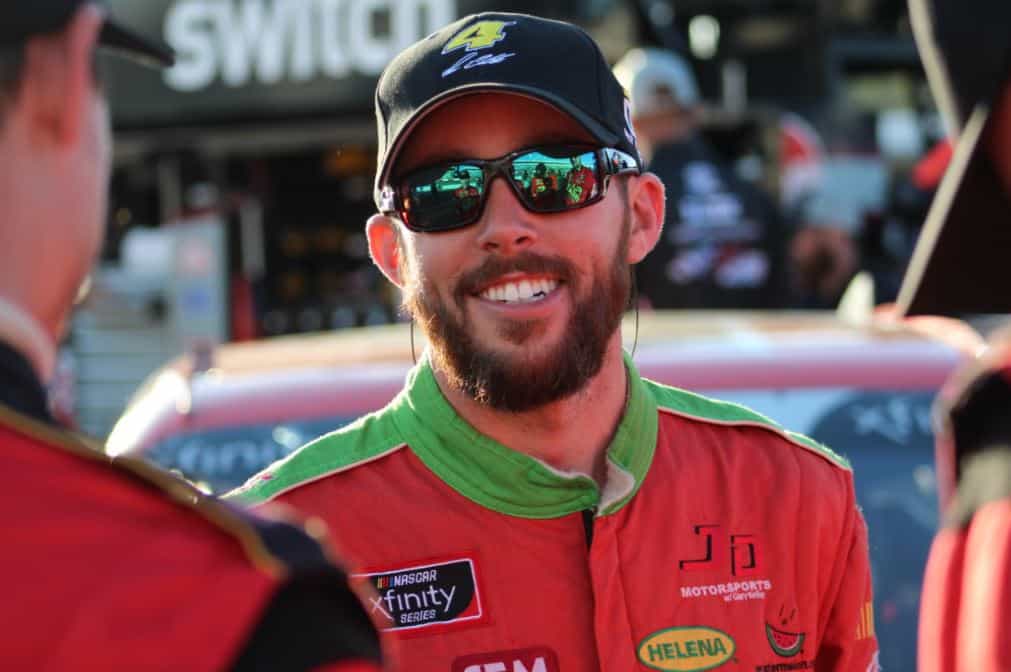 In the latest episode of the 2018 Frontstretch Podcast, we review a busy weekend of racing at Pocono Raceway and Iowa Speedway with Dustin Albino, Mike Neff, Zach Catanzareti and Ross Chastain, the driver of the No. 15 Premium Motorsports Chevrolet in the Monster Energy NASCAR Cup Series and the No. 4 JD Motorsports machine in the NASCAR XFINITY Series.

Chastain tied a career-best finish in Saturday’s XFINITY race at Iowa, crossing the line in fourth. He then took a jet to Pocono, where he hopped in the No. 15 Chevrolet, which Gray Gaulding had practiced and qualified. Chastain finished 35th after having problems with the fuel pump.

Kyle Busch took home his sixth checkered flag of the season after he, Kevin Harvick and 11 other teams had their qualifying times disallowed for failing post-qualifying inspection. Harvick, who drove to the front the quickest out of the lot and won stage two, had to overcome contact on pit road late in the race and finished fourth.

We also discuss Darrell Wallace Jr.’s brake failure heading into Turn 1 with six laps to go, as there have been many of brake failures at Pocono in the past. Neff has ideas of what NASCAR could implement, though, from the drivers seat, Chastain admitted having problems of his own.

Finally, we discuss Christopher Bell‘s hot streak and what NASCAR’s protocol should be of not allowing drivers to compete due to illness. Chastain brings up a fun story from Homestead-Miami Speedway last year where the track’s doctor wasn’t going to allow him to race due to dehydration and admits it’s tough going to the medical center because the fate is in their hands.