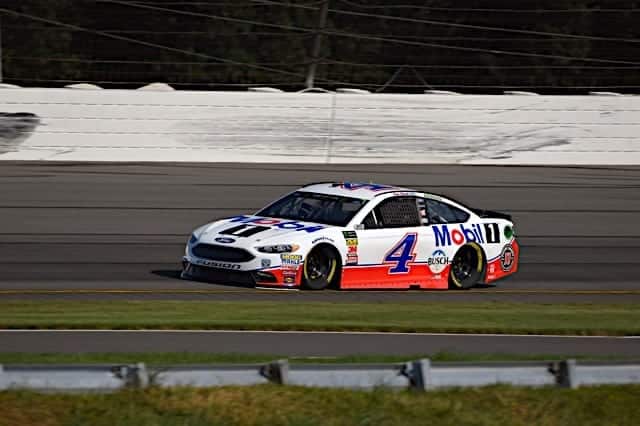 To the rear, inspection.

These words have become all too familiar over the last couple of seasons as NASCAR has cracked down on weekend inspection failures. Frankly, it’s not a great look for the sport, as some weeks multiple teams pile up the failures, giving outsiders the impression that nefarious things are afoot. And it opens up a lot of questions to even those within the garage.

It’s simple to say that teams should just bring legal cars, but it’s really much more complex.  Gone are the days when NASCAR officials fitted the cars with templates, checked engine compression and measured what needed to be measured by hand.  Now, the sanctioning body uses lasers and cameras to make sure every car is exactly within its tolerances, which have narrowed to nearly no variance.

Of course, teams have adapted; the big teams have invested in the same Optical Scanning System NASCAR uses. The smaller ones can have NASCAR check their cars. Yet with all of those adaptations, week after week, teams struggle to get through.

Ultimately, it’s on the teams to bring a legal car to the track. There is no grey area here… and that’s fine. Fans don’t like a cheater and NASCAR shouldn’t tolerate blatant breaking of the rules.

It can’t be both ways; either NASCAR penalizes inspection failures, or it doesn’t, but it can’t be a sometime thing.

The teams may have optical scanners, but that doesn’t mean they don’t try to get around them. There’s been a lot of speculation that dark areas painted on parts of the car, particularly the rear bumper and wheel wells, can fool the optical station and allow minute variances in the body. And even if teams are completely aboveboard, it could be possible their scanners are calibrated the smallest fraction off of the NASCAR scanner, enough to cause a discrepancy. Either way, the end result is the same.

And either way, it doesn’t matter, because the teams are all responsible for what the bring to the track.  Except…it’s hard to say nobody else is to blame here.

NASCAR bears some responsibility, too. No, it’s not up to it to make sure everyone shows up legal and doesn’t try anything funny, but it is up to the sanctioning body to make sure that anything not within the rules is discovered and fixed and/or penalized appropriately.

But why does NASCAR need all of this equipment?

No fan wants to see a cheater prosper, but is optical scanning and lasers and all that really necessary?

On one hand, it can be argued there are ways around templates because even “the claw” didn’t cover every last inch of the cars.  There have been cases of teams penalized because “something didn’t look right” to an inspector even though the templates fit. It wasn’t a perfect system. The cameras of the optical system are impartial.  Every inch of the cars can be scanned, eliminating grey areas.

And yet it’s almost too impersonal, too calculating, too cold, too much.

Did NASCAR go too far?  Perhaps the solution is to have cars that fail optical inspection manually inspected. If the template fits, call it a pass.  If not, the team has to fix it, go back through and then face a penalty.

Maybe that’s the answer.  Maybe the answer is to continue to stiffen penalties for failing inspections even more, to where teams won’t bring a car a hair out of tolerance anywhere. Maybe it’s neither. Maybe the rest of us are asking too much.

Before the laser and optical stations produced a rash of failures, fans and media were pretty uniform in wanting NASCAR to be more consistent with the rules. Treating teams whose cars didn’t look right the same instead of letting one fix it and hitting another with a major penalty, doing more to deter them bringing cars that don’t look right in the first place, keep teams from cheating.

So NASCAR did something about it, tightening the inspection process and handing out consistent penalties to teams who failed.  And suddenly there was an outcry against them for doing it instead of against the teams for not complying.  For fans, perhaps it became less fun to see someone caught breaking the rules when it wasn’t one of a few repeat offenders. It is definitely less fun to see the same thing happen week in and week out and nobody able to do anything to change it.

Some have said that NASCAR has too many rules and it should back off.  While there’s definitely an argument that the rules are too tight, there’s a difference between changing them and ignoring them.  After all, if NASCAR lets certain things pass during inspection, it has let the same thing slide for everyone and see the line of what’s acceptable dangerously blurred, which was exactly why this process arrived, to begin with.

In other words, be careful what you wish for.

While the frustration is understandable, NASCAR did what was asked of it.  It may have gone further than people thought it would, but the sanctioning body cracked down on teams exploiting the grey areas of the rules, which fans said they didn’t like. Now that NASCAR is doing it consistently, does it cause more harm than good?  Some seem to believe that.

Really, it’s become a vicious cycle: fans clamored for tighter enforcement of the rules, NASCAR tightened the rules and the enforcement process, teams either find ways to exploit the new system or make others think they are and the fans clamor for them to be stopped.

Are there ways to reduce the failures?  Absolutely, and NASCAR and the teams know it.  Should the rules be relaxed?  Probably, but that needs to be separated from the enforcement of the rules, whatever they are. Enforcement needs to remain tight and consistent.

The teams are responsible for bringing a legal car to each inspection, NASCAR is responsible for inspecting it and applying any penalties appropriately and consistently.  Amid the complexity of it all, that remains simple.