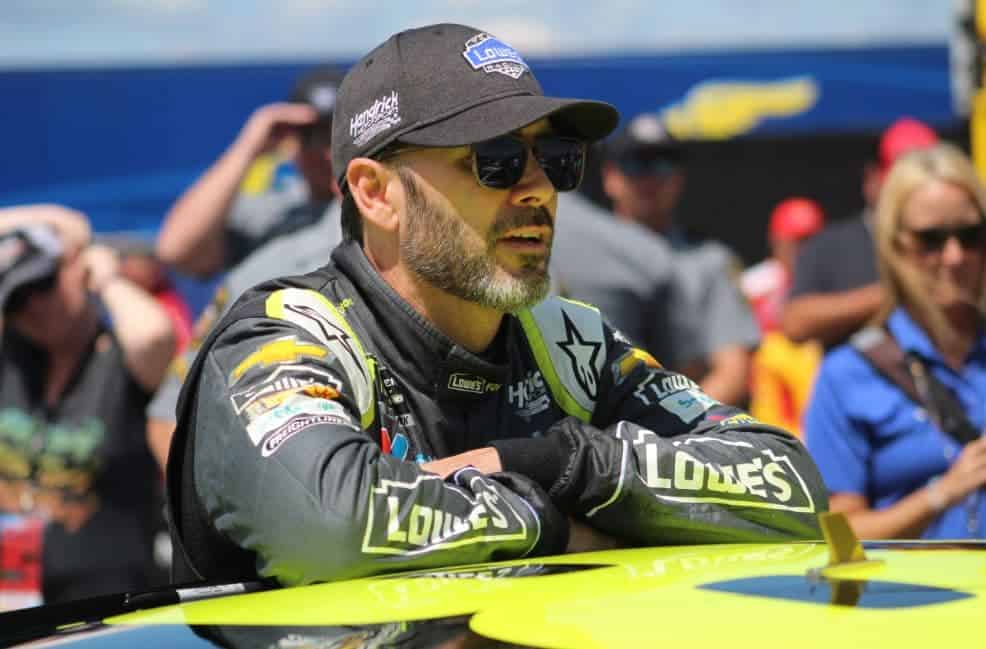 Last weekend, Jimmie Johnson completed his 600th race in the Monster Energy NASCAR Cup Series, dating back to his first start in 2001. That includes an extraordinarily long consecutive starts streak, 597 entering this weekend at Watkins Glen International, that stands among some of the series’ best (though far from its all-time best).

With a career spanning 16 full-time seasons (and then some; should he finish out 2018, that’ll make 17), you might think Johnson would be nearing the all-time starts record for the series — after all, he started relatively young (mid-20s) and is now in his early-40s, never missing races due to injury or illness along the way.

Except, uh, not really.

Much has been written about the all-time starts records (in fact, NASCAR.com wrote up something on all the drivers with 600-or-more starts to commemorate Johnson’s milestone a few days ago), and if you’ve checked out even one of those stories, you’ll know Johnson has a ways to go — like, a long way. Richard Petty leads among all drivers with an astonishing 1,185 starts — still nearly double Johnson’s amount — while second-place Ricky Rudd claims 902. Bear in mind that some of these starts for Petty especially came at a time when the NASCAR schedule could dwarf the ones in the sport’s modern era, but shoot, Johnson’s even another 200-plus starts behind Jeff Gordon, who made all his races from 1992 on, when the schedule had been truncated to its varying modern-era lengths.

In fact, at 42 (and 43 in a month), Johnson’s already running out of time to catch more of his peers, unless he decides to continue racing into his 50s and beyond. He’ll tie James Hylton next, and Tony Stewart, Dale Earnhardt Jr. and Buck Baker are in his sights as of 2019.

And he’s not even the only one catching those drivers. Ryan Newman is five races ahead of Johnson with 605, and like Johnson, he hasn’t yet given much credence to retirement rumors. Others are ahead of those two, and some are not too far behind, too.

With that in mind, here are the drivers on the NASCAR national series level with the most Cup starts to date. (All statistics as of the Pocono Cup race held on July 29, 2018.)

Despite his young age (33), Kyle Busch has already ascended into the top 10 among active drivers in Cup starts. If he’s still running a decade from now and the series remains at or around 36 races, he’ll be flirting with the upper echelon — you know, top 10 all-time numbers.

Morgan Shepherd hasn’t competed in a Cup race since 2014, but bear in mind that he went from 2007-2012 without starting a single Cup race before returning in 2013 — and he’s still running almost completely full-time in the XFINITY Series — so don’t count out the ageless wonder just yet in terms of padding his numbers.

Breaking into the Cup Series in his early 20s has benefited Kasey Kahne, who’s up to over 500 series starts before he turns 40. Should he latch on with a smaller team like Leavine Family Racing as he has in 2018 and continue to find sponsorship despite his recent downturn in performance, he could leap into the 600s before the end of his career.

Jamie McMurray has started every Cup race since the October Atlanta Motor Speedway race in 2002, so it makes sense that he’s racked up a solid crop of starts over his career. Entering this weekend, he’s only 33 races from 600, but at 42, the clock is ticking.

We’ve been over this. Moving on.

Newman got the slightest of head starts on Johnson thanks to a single 2000 start and seven pre-rookie season races in 2001. And given that he’s a few years younger (he’ll turn 41 in December), he could outlast Johnson in terms of eventual retirement, too.

Someone else whose stats have continued to rise given that he’s only missed two races since the start of the 2001 season. Like most of these drivers this high up in the ranking, Kevin Harvick‘s probably going to retire soon. Then again, given his results thus far in 2018, that time may be further off than anticipated.

A few missed races here and there, from injuries to suspensions, have allowed Harvick to catch up a bit to Kurt Busch, who sits two starts ahead of him in the all-time rankings. Busch doesn’t turn 40 until tomorrow, though, so he might have a few years on his peers career length-wise.

Matt Kenseth‘s shortened Cup schedule for 2018 (to be fair, he originally wasn’t going to be running any races at all) puts him within striking distance of Busch and Harvick in about a year or so. But who knows what the future holds?

Like Shepherd, no Cup starts in 2018 (his last came in 2015), but with a fairly full schedule in the XFINITY and Camping World Truck series both as a driver and overseeing his own team, one can never count Joe Nemechek out when it comes to a possible Cup return — especially while NEMCO still exists as an entity that owns racecars.

He didn’t run the Truck Series race at Eldora Speedway this year, but he’s still around here and there in the ARCA Racing Series on its dirt tracks, so he gets a shoutout anyway.

Others within this range either still competing on a local level or not far removed from most recent national series start/not officially retired: Sterling Marlin, 748; Bobby Labonte, 729; Greg Biffle, 510; Casey Mears, 488