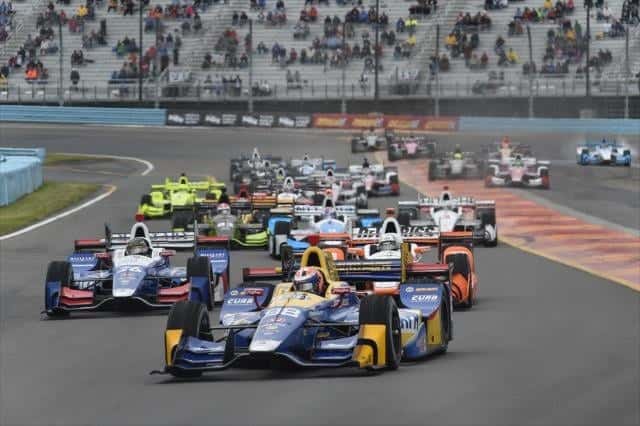 Watkins Glen International was left off the Verizon IndyCar Series schedule this year because the two parties couldn’t agree on a date for a race.

INDYCAR, which originally signed a three-year deal to run at the Glen in 2016, will race in Portland, Oregon on Labor Day weekend instead while the upstate New York track hosts the Pirelli World Challenge sports car race.

Due to the track’s tight window for holding events during the summer, America’s top open-wheel series was forced to find a replacement venue. But there appear to be no ill feelings between track president Michael Printup and INDYCAR President Jay Frye.

“Jay and I actually just texted each other a couple of days ago just to catch up with each other really quick,” Printup said. “Jay and I promised each other we’d get back in touch in early ‘19; January or February. Start looking at the schedule for maybe for ‘21, if we can find a business deal.”

With the PWC occupying Labor Day weekend, Printup said the ideal date for an IndyCar race would be in late August. He didn’t want IndyCar to lose money on the deal, so the track ended the contract a year early.

“Whether we can get that business deal done, if it’s a shared revenue or it tips one way or the other in terms of entitlement tickets, we’re open,” Printup said. “I’m open for anything to talk to Jay about this because they belong here.

“It was the right thing to do. They were losing some heavy money there; that’s not the way racing should be. As a partner, we understood, so we let them out of their contract. Ideally, Labor Day was not good, as we all know. Already working with Greg Gill and PWC to get them off for Labor Day of next year. I have an ideal for IndyCar at the end of August. … We’re a summer resort up here.”

IndyCar plans to have 17 races on its 2019 schedule, but only 11 events have been secured. The track won’t return to ISM Raceway and is swapping Sonoma Raceway for Laguna Seca next year, so the calendar already has a different look to it.

Laguna Seca will be the season finale, and the series is searching for a track to replace ISMR. Since IndyCar has raced at the desert oval in April the last three years, it’s very likely the Glen would host a weekend in the spring.