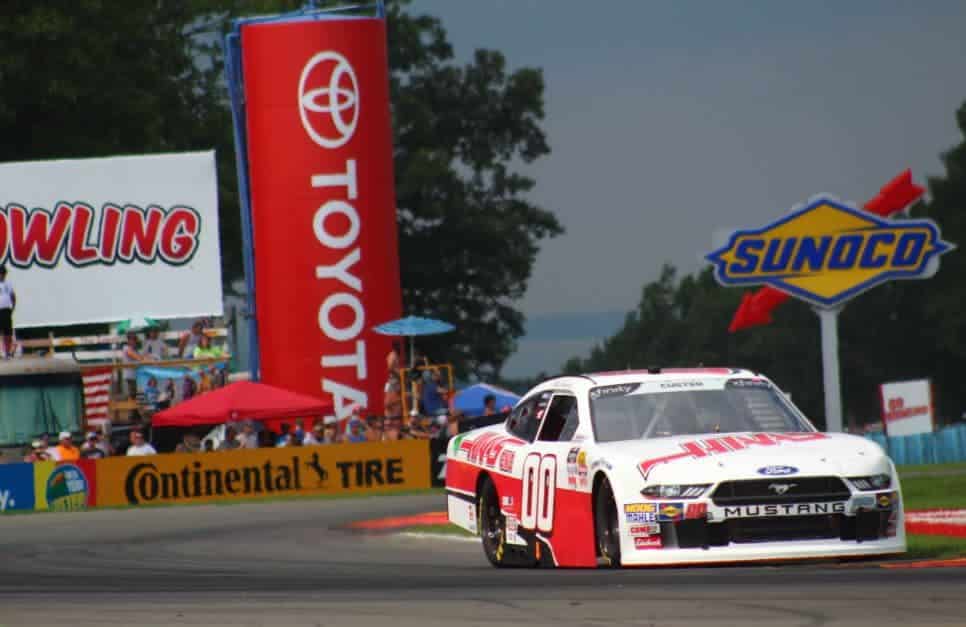 Saturday was one of those “eh” days for Cole Custer and the No. 00 Haas Automation Stewart-Haas Racing team, as the Ladera Ranch, Calif. native brought his Ford home in sixth place in the Zippo 200.

“I probably wasn’t doing my best,” Custer admitted following the 82-lap event from Watkins Glen International. “The car probably wasn’t the best from not practicing. It was just kind of a mess with the rain and everything. But it was an eventful day. But we found track position at the end and it was good.”

Custer has finishes of 12th, 35th and eighth at WGI, Mid-Ohio Sports Car Course and Road America, respectively, last season to his NASCAR XFINITY Series resume, but had never raced in the rain. And by his thoughts upon climbing out of the car, he’s fine with not doing it again anytime soon.

“It sucked,” Custer said of racing in the rain following his 37th career top 10 finish. “I never want to do it again. You can’t see anything. If you were out front, maybe it was alright. But you can’t do anything. I was just making sure I didn’t wreck it, honestly. When it started raining, it’s just survival. You just don’t know what’s going to happen.”

The biggest scare of the day came Custer’s left front suffered some slight damage after a run-in on track with eventual third-place finisher Justin Allgaier.

“The No. 7 came across our nose,” Custer said of the contact. “I don’t know if he was told clear or just wanted to drive across our nose, but oh well. It’s the last laps at a road course race. I’ve seen worse.”

The Glen marks the first of three road courses in a month, as the circuit heads to Mid-Ohio Sports Car Course next weekend and Road America in two weekends. Custer is staying upbeat at the prospect of right and left turns despite his average afternoon in the Fingerlakes Region.