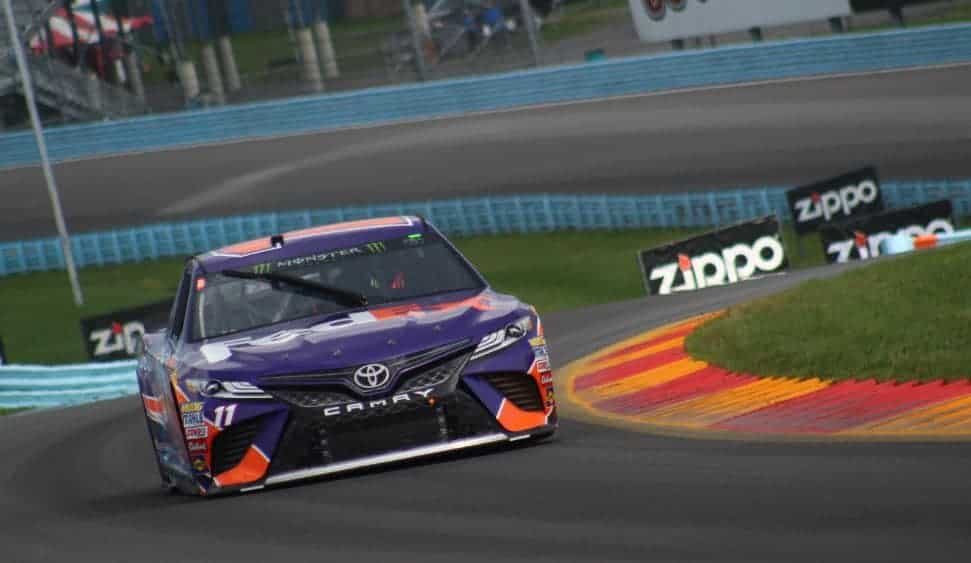 Denny Hamlin‘s road racing resume, until recently hasn’t been one to write home about. However, during Saturday’s (Aug. 4) qualifying session for the Go Bowling at the Glen, he set the fastest lap of the day (125.534 mph) to take the pole for Sunday’s event.

It’s Hamlin’s first career pole at Watkins Glen International and the first of his 2018 season. It also locks him into the 2019 Advanced Auto Parts Clash at Daytona International Speedway.

Chase Elliott was the fastest car in first round of qualifying. But he wasn’t able to replicate that performance in round two as Hamlin, the 2016 winner, pushed the No. 11 to the top of the charts.

Other notables in the field include Jimmie Johnson in 13th, Kevin Harvick in 16th, Brad Keselowski in 18th and Kurt Busch in 21st.

All results are unofficial pending post-qualifying inspection which takes place Sunday morning prior to the Go Bowling at the Glen. Last week, 13 cars failed Pocono inspection.

Green flag for the event is scheduled for 2:58 p.m. ET. The race will be broadcast live on NBC.