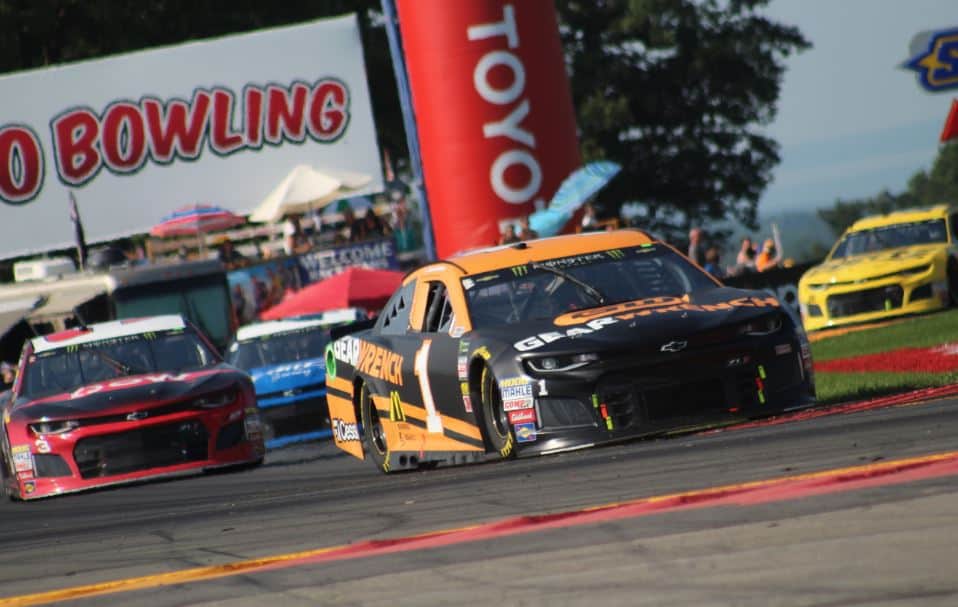 2018 has not been Jamie McMurray‘s best season, but with a strong outing in Sunday’s (Aug. 5) Go Bowling at the Glen, it could be what the No. 1 team needed to turn its year around.

McMurray, who is known for running well on road courses, started the 90-lap race in 14th. But as the race went on, the No. 1 car remained among the top 10, something it can’t say for most of the year.

At the conclusion of stage 1, McMurray crossed the finish line in 24th, sixth of drivers that pitted with three laps remaining in the stage. By pitting early, it put the team in position to run the entire second stage without pitting, as he earned five stage points in sixth position.

Over the course of the final stage, McMurray was able to stretch his fuel, taking the checkered flag in seventh, his fourth top-10 effort of the season.

“Just very uneventful. We’ve had an extremely hard year,” McMurray said. “It seems like when we have had good runs [going] something has happened, maybe not always of our doing. But we just had an uneventful day. We unloaded, and we were a fifth to eighth place and car. That’s where we ran all day, and that’s where we finished.”

In 16 starts at Watkins Glen International, McMurray has a best outing of third in 2006 for Roush Fenway Racing. Meanwhile, he has three additional top-10 finishes, including two of the past three seasons.

Adding Sonoma Raceway to the mix, McMurray has seven career top 10s in road course races, with a trio of poles, all coming in Napa Valley.

“I like the road courses, and I don’t know that everybody does,” he said. “We expected to run well here, but you never know. Our season has been so bad that we were just waiting on the next thing to happen, so I’m thankful that it didn’t.”

The Monster Energy NASCAR Cup Series heads to Michigan International Speedway next weekend where McMurray finished 10th in June. Prior to the seventh-place finish at WGI, it was the No. 1 team’s last top 10 of the season.

“We’ve ran pretty well at the ovals, we just haven’t been able to put the finishes together,” McMurray said. “We ran well at Michigan in the first race, so I’m looking forward to that. Bristol [Motor Speedway] has been a good track. We slowly but surely make good gains, but more than anything it’s about putting a race together.

“I hate to blame it on bad luck because I’m a big believer you make your own luck, but we have had a lot of odd things happen to us this year. For all the good luck that I had last year and things that went my way, this year has been tough.”

With five races remaining until the playoffs begin at Las Vegas Motor Speedway, McMurray sits 22nd in the championship standings, needing a win to get into the playoffs. Currently, the No. 1 team is 113 points behind the cut-line, which is held by Alex Bowman.