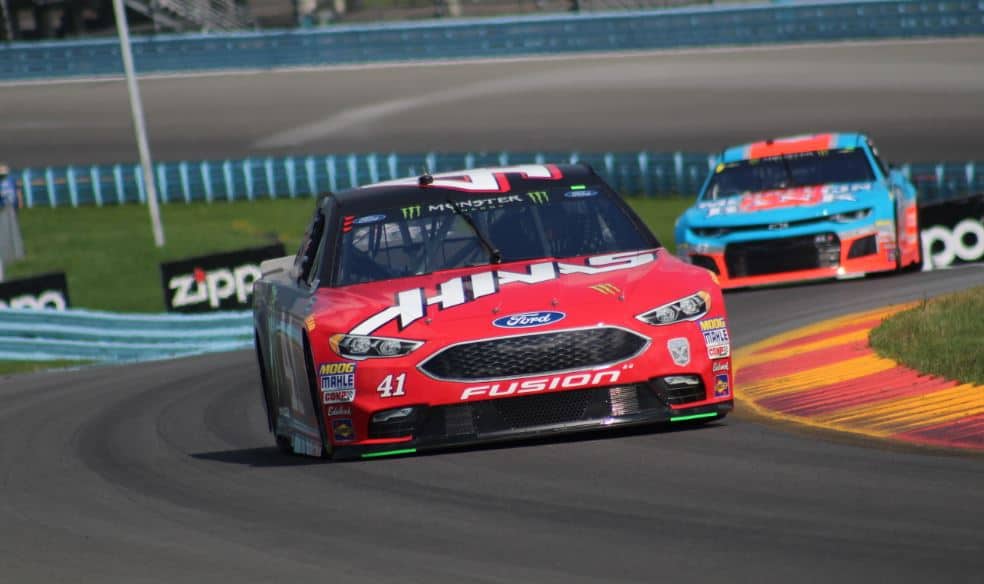 Perhaps the most talked about inspection of the season turned out to be…rather mild Sunday morning at Watkins Glen International.

All 37 cars went through post-qualifying inspection with only two cars failing. Kurt Busch‘s No. 41 Stewart-Haas Racing Ford and Paul Menard‘s No. 21 Wood Brothers Racing Ford will start from the rear for failing the inspection process. Both cars passed their second time through inspection, avoiding additional penalties.

Watkins Glen was the second consecutive condensed two-day weekend. This led to NASCAR inspecting cars post-qualifying, rather than pre-qualifying. Last weekend at Pocono Raceway, 13 cars failed inspection leading to speculation that this weekend would have a similar outcome.

There were some cars that NASCAR had to make slight modifications to. A press release on Saturday stated that NASCAR would use a ‘developer spray’ on any paint scheme they deemed was aimed to manipulate the Optical Scanning System (OSS). At least three teams — William Byron, A.J. Allmendinger and Ty Dillon — had the developer sprayed on their racecars.

Inspection time! You can see the stuff #NASCAR is spraying on some of the cars with black trim.
Inspectors thought teams may be trying to game the OSS pic.twitter.com/LRwxyG8tXM

Ty Dillon’s team had a little fun with the ordeal.

That spray that helps define the body for the scanning station wipes off as the Ty Dillon team has some fun after getting through. pic.twitter.com/pqwzDH5eLe

Denny Hamlin and Kyle Busch passed and will start on the front row for Sunday’s GoBowling at the Glen. Green flag is scheduled for 2:58 p.m. ET and will be broadcast on NBC and MRN.