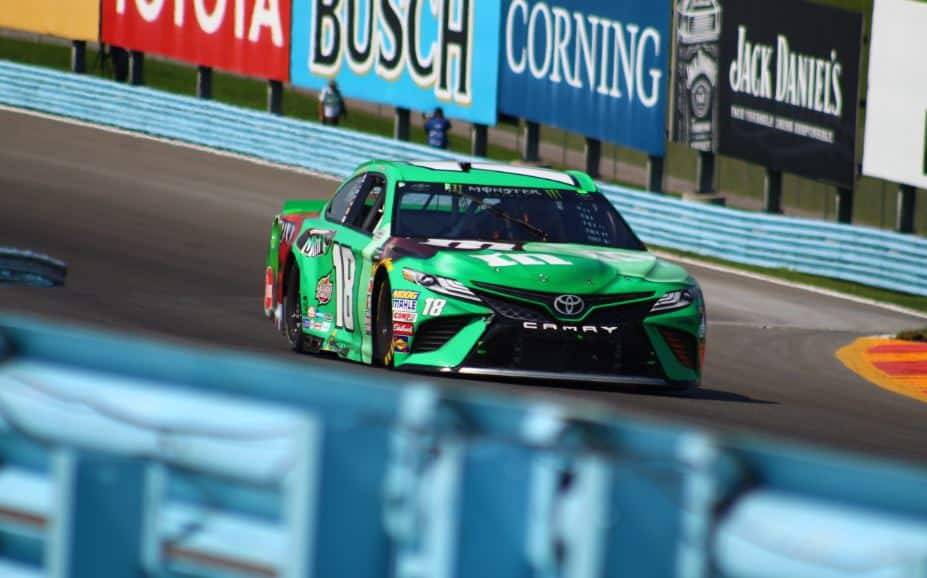 From the time the Monster Energy NASCAR Cup Series took to the track on Saturday (Aug. 5) at Watkins Glen International, Kyle Busch was fast. The two-time track winner had the car, but not the execution to win Sunday’s Go Bowling at the Glen.

After starting second, Busch took the lead from Joe Gibbs Racing teammate Denny Hamlin on lap 2. He went on to lead 31 of the opening 55 laps, though not winning either of the opening two stages — those belonged to Martin Truex Jr and Chase Elliott.

On the restart to begin stage 3, Busch dove underneath Elliott for the lead where he would remain until a caution with 35 laps to go brought all the cars to pit road. That’s where the problems began for the No. 18 team.

The Adam Stevens-led pit crew failed to get the fuel tank full, having to bring Busch back down pit road. There was a malfunction with the nozzle, not allowing the gas man to pour fuel into the cell.

On the restart with 31 laps to go, Busch crossed the finish line in 31st.

“Sounds like every other year. Pit road mistakes two years in a row, not sure what happened, part failure or something,” Busch said. “Not what we needed there to run up front with the [Nos.] 9 and 78 and put pressure on them… We had to restart in the back, drove our ass off with no cautions all the way up to third. That’s it.”

Within 10 laps of the restart, Busch had cracked the top 10, picking up seven positions on the first lap. The No. 18 made it look easy coming from deep in the field, where Hamlin also had to restart for a pit road violation. The No. 11 car could only get back to 13th.

“We had a fast racecar, knew that from the first lap of practice, but just didn’t execute all day,” he said. “Two years in a row we had pit road failures, mishaps, bad luck, whatever you want to call it, and all we can come out of here is with a podium [finish].”

Busch would gain positions, but being in dirty air and having to dodge and weave out of traffic, the No. 18 car didn’t have the speed, nor track position to keep up. On the final lap, he was able to pass a pair of JGR teammates in Daniel Suarez and Erik Jones, as the No. 20 ran out of fuel coming off the final turn.

Overall, Busch did what he could, but needed a caution in the final laps to have a shot at the victory.

“There’s nothing to talk about. I drove my ass off, and I had a fast racecar, and I put on a clinic,” he said. “We move on and go to next week.”

The series heads to Michigan International Speedway next weekend where Busch finished fourth in a rain-shortened race earlier this season. He has three consecutive top-10 finishes in the Irish Hills, though had seven finishes outside the top 10 prior to that.