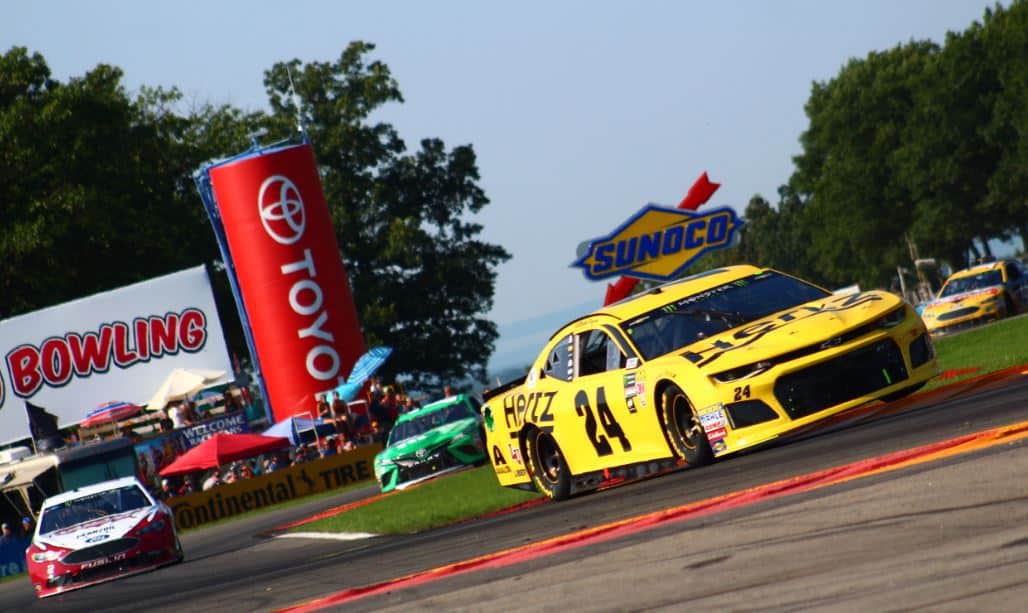 For the first time in his career, William Byron has consecutive top-10 finishes in the Monster Energy NASCAR Cup Series.

Last week at Pocono Raceway, it was a streak-breaker result, scoring his first top 10 in nearly three months from the sixth spot, also a career-best finish. This week at Watkins Glen International, it was another career-best, earning back-to-back top 10s from the eighth position.

Making his first Cup start at Watkins Glen in Sunday’s [Aug. 5] Go Bowling at The Glen, Byron may not have been on the watch list for many heading into the 90-lapper.

Qualifying a mid-pack 16th, Byron only had a 25th-place run at the sister road course of Sonoma Raceway in June in his back pocket. Additionally, the struggles of Chevrolet and Hendrick Motorsports were sure to show on a track as tough as WGI.

Byron, however, proved these all false. The 20-year-old ended stage 1 in the third spot before maintaining a top-15 position for stage 2. And while the race quickly brought comers and goers among the top 10, Byron found his way back into the fray.

A 32-lap green-flag run to the end benefited the No. 24 driver, who slowly worked his way into an eventual eighth-place finish.

How about that for @chaseelliott and @TeamHendrick!! Really cool to see for them they deserve it. Good day for us with an 8th first time here ??

Indeed, Byron wasn’t the only good news for HMS, who scored their 250th Cup win thanks to Chase Elliott. And though Byron wasn’t the man to pull into Victory Lane for team owner Rick Hendrick, the day was a positive for the rookie.

With only one top 10 in the opening 20 races in 2018, two straight top 10s prove a certain bump in performance for Byron and HMS. They head into Michigan International Speedway next weekend now 20th in driver points with only four races until the start of the 16-driver playoffs in September.