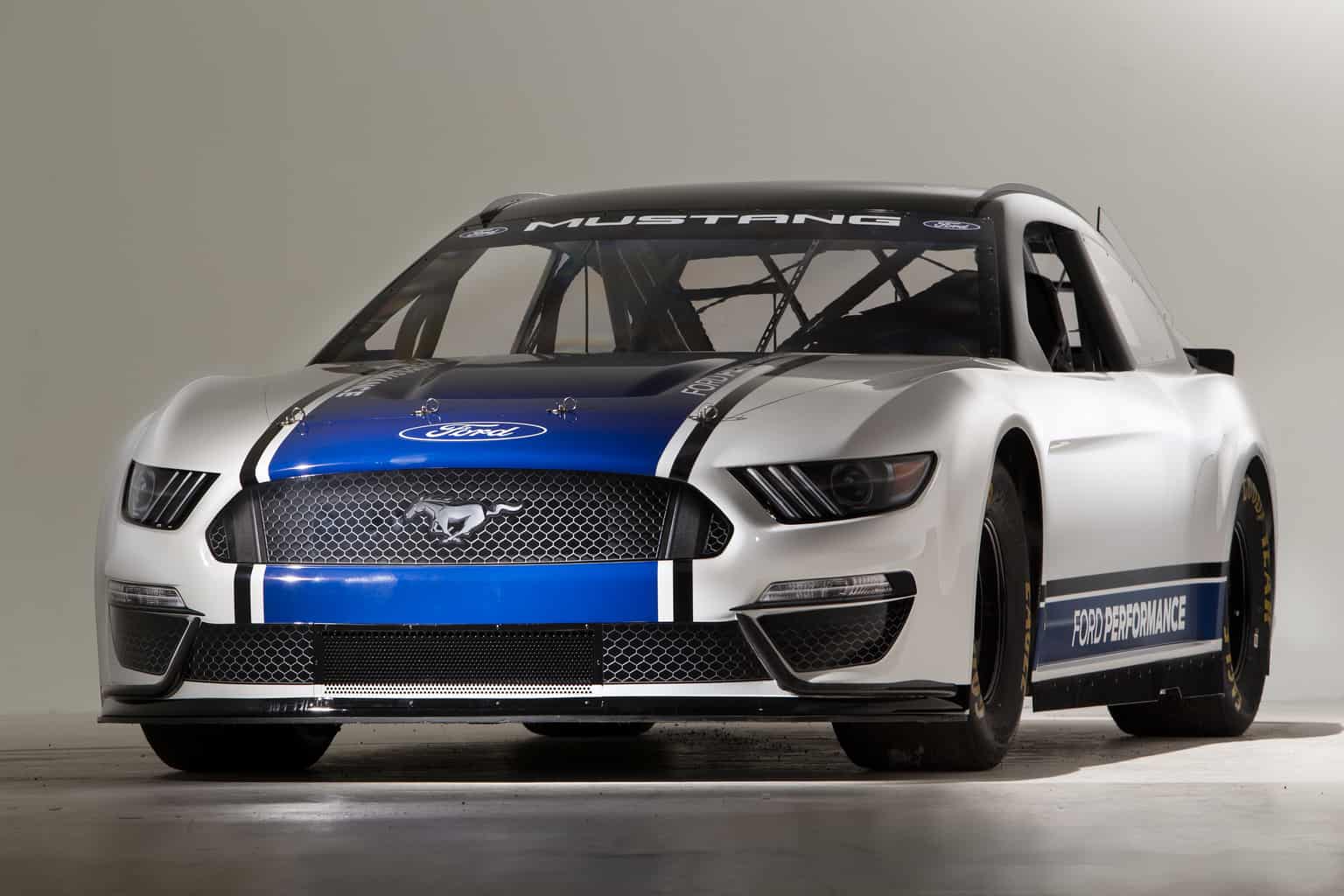 Ford unveiled the Mustang Monster Energy NASCAR Cup Series teams will use in 2019 and beyond Thursday morning (Aug. 9).

The Mustang will be the 16th Ford Motor Company car to race in NASCAR’s premier series, replacing the Ford Fusion, which has been run since 2006. XFINITY Series teams have used the Mustang since 2010.

“Mustang has raced since it was first sold in 1964,” Ford Motor Company’s Executive Vice President of Product Development and Purchasing Hau Thai-Tang said during the unveiling ceremony at Ford headquarters. “After more than a half-century, it feels great to finally let the Mustang run in the top echelon of America’s most popular stock car racing series.”

All 13 drivers of the 12 full-time Ford teams (Trevor Bayne and Matt Kenseth share the Roush Fenway No. 6) were in attendance during the unveiling.

Stewart-Haas Racing, Team Penske, Roush Fenway Racing, Front Row Motorsports and Go FAS Racing are the full-time teams that are part of the Ford Performance group. Several other part-time teams run Fords as well, either exclusively or rotating with other manufacturers.

“Ever since we announced in April that Mustang would be going to the Cup level in 2019, we’ve heard nothing but positive feedback,” said Mark Rushbrook, global director of Ford Performance Motorsports.  “Our Ford Performance team has worked hard with the Ford Design team to create a Mustang that will be competitive on the track while remaining true to its proud heritage. We can’t wait to see it winning races in the NASCAR Cup Series next year.”

The Mustang was introduced in 1964 and has evolved through six generations in the years since, racing in SCCA Trans-Am, IMSA, Formula Drift, NHRA drag racing and the XFINITY Series.

Ford has won 664 races all-time in the Cup Series, and 15 manufacturer championships, the last coming in 2002.

“Our sport eagerly anticipates the performance, style and fanfare the Mustang will bring to the track each weekend beginning at the 2019 Daytona 500,” said Steve O’Donnell, NASCAR executive vice president and chief racing development officer.

Since the series’ founding in 1995, the F-150 is the only Ford vehicle to race in the Camping World Truck Series.

The other models used in the Cup Series are Toyota’s Camry, which has been used since the manufacturer’s entrance in 2007, and Chevrolet’s Camaro ZL1 introduced this season.

Why would Ford spend the time designing the new Mustang when it won’t look anything like that to “race” in Cup? It will look just like the other bumper cars.

The only thing that will be similar to a Mustang is the nose. Other than that its same old, same old. No different than the Camaro and the Camry. Doubt if anyone is going to rush out and buy any of the because of Nascar.

Another prefect example why NASCAR is going down. All the cars are the same. Only difference is a Blue Oval decal or a Bowtie decal. Big deal!

mustang?
nope
about as close as a camaro or a cough… camry

Wow they have been talking about this for awhile. Yawn. Who are they kidding? Why? Besides the only one doing FORD proud is Harvick. Team Penske is an embarrassment the past year and a half. Hope they got something up their sleeve for next year, cause they suck BIG TIME!