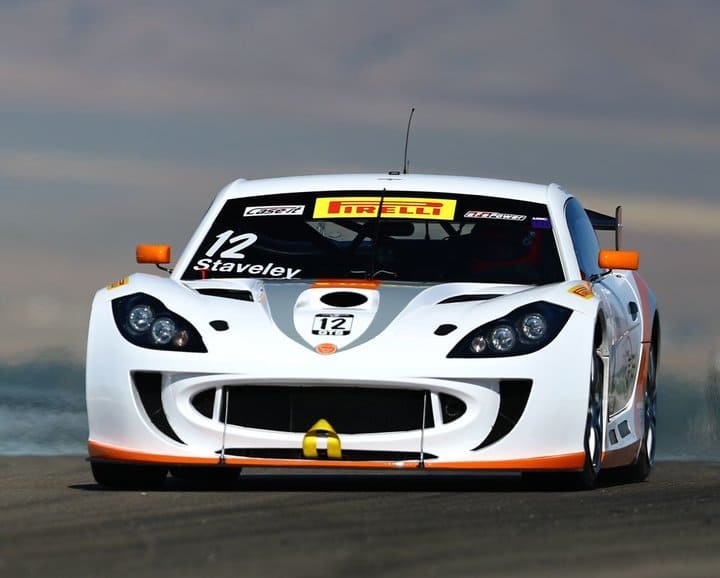 This weekend is the final SprintX weekend of 2018 for Pirelli World Challenge.  The series has it’s smallest SprintX entry of the season at Utah Motorsports Campus, 80 teams.

In SprintX GT, the biggest story of the weekend is that Daniel Morad will not be there.  CRP Racing has posted an entry for their No. 2 DeVilBiss-sponsored Mercedes AMG-GT3, but Morad has chosen to take his leave.

THANK YOU CRP RACING
With a little bit more luck, we could've been in the running for the @WCRacing Championship.
Taking the current standings into consideration, & the conflict in timing, I have chosen to concentrate on 2019 and the incredible opportunities ahead. Stay tuned…

On Thursday morning (Aug. 9), CRP Racing announced the signing of Michael Cooper for the final two weekends of the season (Utah and Watkins Glen) to replace Morad and partner with Matthew Brabham.  As of this writing, the change has not been reflected in the official entry list, but it will be updated.

Cooper is the defending GT SprintX champion (along with Jordan Taylor) with Cadillac Racing.  He was originally scheduled to drive for Callaway Competition USA, but the team dropped their entry to one car prior to the season opener, leaving him out in the cold.  Cooper has shared the No. 11 Chevrolet Camaro GT4.R for Blackdog Speed Shop with Tony Gaples in the GTS SprintX races this season and he will continue to do so in Utah.

Lone Star Racing is back with their Mercedes after missing Portland in July.  Mike Skeen and Scott Heckert, who both competed in last weekend’s XFINITY Series Zippo 200 at the Glen, will once again drive.  According to Pirelli World Challenge’s Fines and Penalties list, Skeen was technically suspended for one of the Portland races after being judged responsible for an accident at Lime Rock while on probation from a crash at VIR.  Despite this, Skeen disputed this notion to Frontstretch at Watkins Glen.

Risi Competizione has entered their Ferrari 488 GT3 in the Pro-Am class with Anthony Lazzaro and Pierre Mulacek driving.  This will likely be the same chassis that the team raced in the Rolex 24 at Daytona back in January.

GTS SprintX has 33 entries, 19 in Pro-Am and 14 in the Am division.  There are some changes of note.

Robinson Racing has entered two cars for the SprintX finale (usually, they run two for the sprint races and one in SprintX).  The No.  72 Chevrolet Camaro GT4.R will be shared by the father-son combination of Johnny and Canaan O’Connell.  Neither have raced in Pirelli World Challenge in 2018.  Johnny hasn’t raced at all since Cadillac Racing shut down at the end of last season.  Canaan raced in the now-shuttered TCB class in a Chevrolet Sonic.

Mike Hedlund is out of the Am-class No. 45 Audi R8 LMS GT4 for Flying Lizard Motorsport.  The reason?  Likely finances.  Here’s an example of a repair bill he’s been asked to pay (for the car he’s been racing, mind you) from Lime Rock in May.

Here’s my repair bill from Lime Rock triggered by the same person who ran half a lap under FCY passing the field cause they can’t pay attention. Come race with us and you can get these bills too! Invoices for everyone! #CanDoALotOfGoodInTheWorldWith15Grand pic.twitter.com/R9CIm2kNCr

Hedlund has also noted on his Twitter page that he’s had to sell a street car to help pay for crash damage this season.  He’s been replaced by the combination of Michael Dinan and Robby Foley.  The team also moves up to the Pro-Am division as a result.

While Ian Lacy Racing’s Drew Staveley (pictured above) is listed as a Bronze-rated driver in the Am division, he should be a threat for overall victory in both GTS races.  Utah Motorsports Campus is Staveley’s home track and he is very quick there.

In TCR, there are 12 entries this week.  The biggest move here is Mason Filippi moving to RealTime Racing to finish out the year in the No. 44 Honda as a teammate to Ryan Eversley.  He had previously raced for Winding Road Team TFB in their Volkswagen GTI TCR No. 12.  That Volkswagen is entered, but currently without a driver.

13 TC teams are entered to try to take the fight to Rearden Racing on their home turf.  No changes of note there, but the TCA grid is down to a mere eight entries.