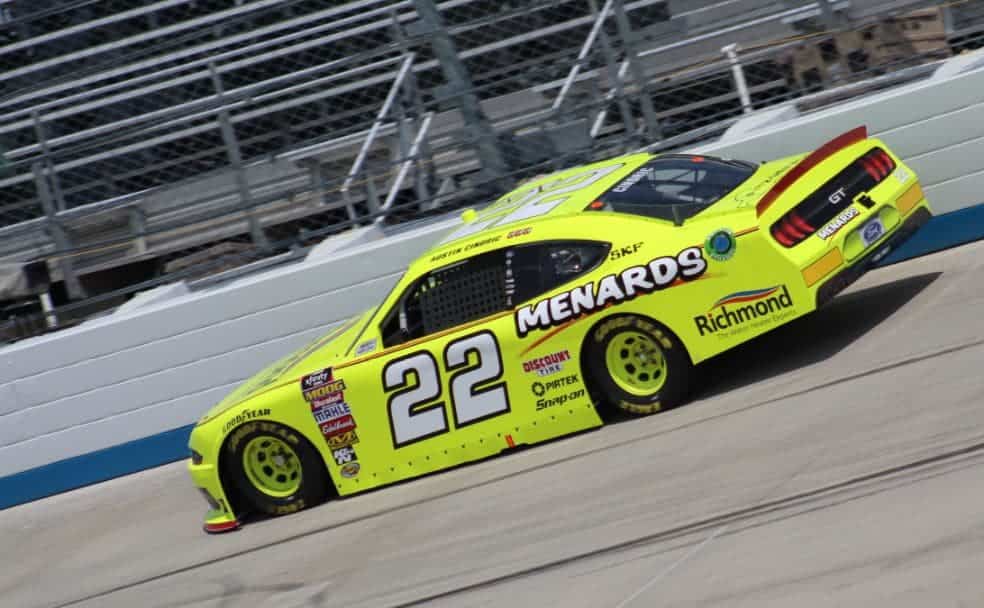 Driving the same car that Sam Hornish Jr. won the race with last year, Austin Cindric put the No. 22 Team Penske Ford Mustang on the pole for the NASCAR XFINITY Series’ Rock N Roll Tequila 170 at the Mid-Ohio Sports Car Course Saturday morning (Aug. 11), with a lap of 96.388 mph.

Qualifying was in two rounds, with the top 12 fastest advancing.

Since only 40 cars were entered, everyone made the race.

The Rock N Roll Tequila 170 will go green this afternoon at 3 p.m. ET, with TV coverage on NBCSN.