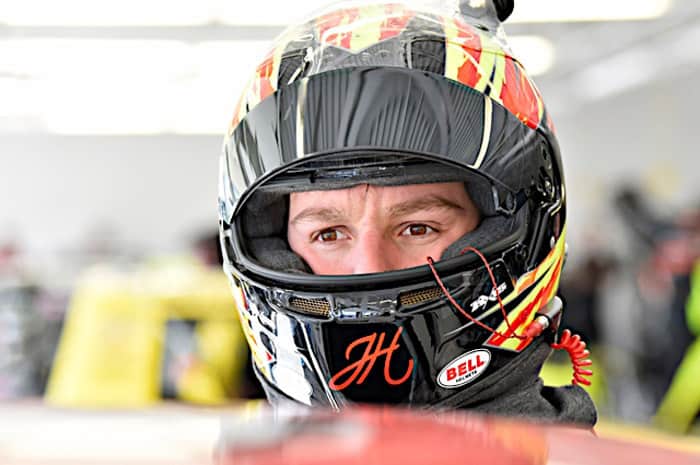 “When I got here this morning, Gere (Kennon, crew chief) had a laundry list he wanted me to read of how many changes we were changing for today,” Nemechek said. “Hopefully we got it better in the draft.

“Michigan is almost like a superspeedway for us. I’m looking forward to taking this Chevy Silverado hopefully to Victory Lane.”

A 184.044-mph lap was good enough to give the driver of the No. 8 his second career pole. Todd Gilliland will start alongside after posting a 184.040-mph lap.

“Second is a really bad feeling, but it’s really good too,” Gilliland said. “Just to know that we were that close, everything runs through your head. A good pickup from round one to round two. I felt really good about racing people yesterday, so I’m really excited about the race and we’ll see what we can bring them.”

Noah Gragson, Matt Mills (who’s making his series return at Michigan) and Stewart Friesen round out the top five.

Grant Enfinger qualified sixth, followed by Johnny Sauter and Myatt Snider. Cody Coughlin and Austin Hill round out the top 10 starters, ahead of Matt Crafton, who qualified 11th.

The second round of qualifying saw a brief stoppage when Spencer Davis spun and didn’t complete his lap. Though he managed to minimize the damage to the No. 51 truck and will be credited with a 12th-place starting position, Davis will have to start at the rear of the field after the team changed tires.

“There’s no sense of trying to save the lap when you’re that far sideways,” Davis told FOX Sports 1. “I have a good JBL/SiriusXM Tundra and the guys will have me tuned up for the race. We’ll see what happens, though; we’ll be good for the race.”

Among those who didn’t make it to the final round of qualifying were 2018 winners Brett Moffitt and Justin Haley, who will start 21st and 22nd, respectively.

With 33 drivers on the entry list, only one truck failed to qualify. Camden Murphy, who attempted to qualify a second truck for Jennifer Jo Cobb, failed to make the field.