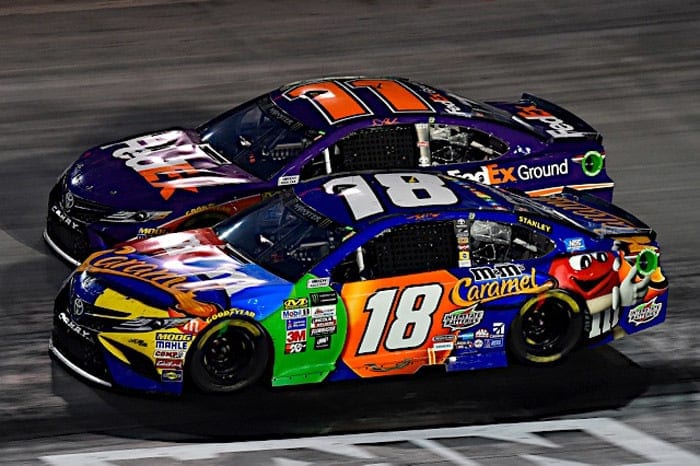 This weekend, the Monster Energy NASCAR Cup Series heads to the short track of Bristol Motor Speedway on Saturday night, August 18.  It will be the second visit to the track of the season for the series after Kyle Busch won the race back in April.

41 cars are entered this weekend, meaning one driver and team will head home after qualifying on Friday afternoon. There are a few notable changes to this weekend’s list.

J.J. Yeley will pilot the No. 7 car for Premium Motorsports after Garrett Smithley drove for the team at Michigan.  There have been a parade of drivers who have driven for the team this season including Smithley, Reed Sorenson and Jesse Little.

Blake Jones will once again be the driver of the No. 23 car for BK Racing after making his second career MENCS start at Michigan and scoring a 30th place finish.

Rick Ware Racing has two entries on the preliminary entry list with the No. 51 and No. 52 car.  Both drivers are to be announced later this week.

Jesse Little will be behind the wheel of the No. 96 car for Gaunt Brothers Racing.  Little has made one career start in the series which came at Kentucky earlier this season for Premium Motorsports where he scored a 35th place finish.