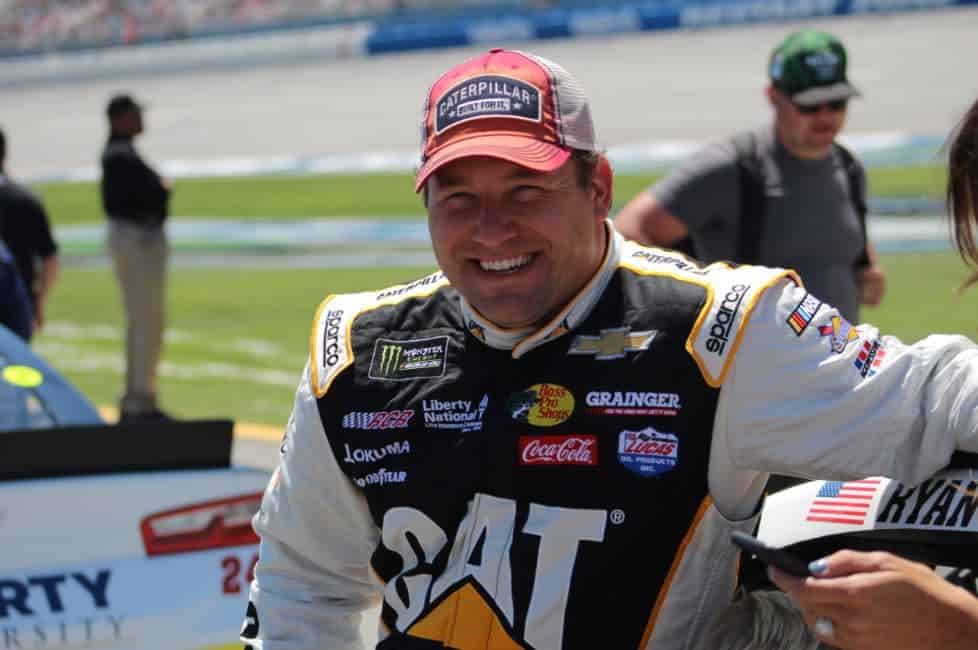 NASCAR’s silly season is beginning to heat up and drivers are fighting to secure a place in the Monster Energy NASCAR Cup Series playoffs.  The focus of competitors and fans is shifting toward racers who can put together a strong finish to the season, and what might be in store for 2019.

Ryan Newman’s future, in this season and beyond, involves answering questions about his participation in the playoffs and which team he will race for next year.  But unlike a lot of his peers, there is no clear roadmap for where he could go.

Up to this point, Newman has felt like a forgotten man in 2018.  Richard Childress Racing has not performed well as a whole, but Austin Dillon’s Daytona 500 victory erased a lot of doubt about the No. 3 team reaching the playoffs.  Since then, the team has faced the challenge of adapting to the new Camaro, but the struggles of Hendrick Motorsports have made that organization the poster child for Chevrolet’s woes. Meanwhile, Dillon did record his second top-five finish of the season on Sunday (Aug. 12) at Michigan International Speedway.

Newman, though, has been trudging through one of the worst seasons of his career.  The No. 31 team still does not have a top-five finish.  Sitting 86 points below the postseason cut line with three races left, Newman is essentially in must-win territory.

This weekend at Michigan International Speedway was a mixed bag for Newman.  He flashed some of his old qualifying brilliance on Friday by advancing to the final round and securing a sixth-place starting spot.  In the race, Newman ran in the top 10 early on, but a tire failure caused him to spin and bring out a caution during the second stage.  While the spin set the No. 31 team back, Newman avoided major damage and soldiered on.  He led the race during a late green-flag pit cycle before making his final stop and winding up 15th.

In nearly five seasons’ worth of races for RCR, Newman has posted decent results and finished well occasionally, but he has seldom shown the speed necessary to lead laps and win races.  He has made the playoffs in three out of four attempts with RCR, but the only year he really contended for the title was 2014, when he famously marched through the season without a single victory and nearly claimed the championship.  In fact, Newman’s victory at Phoenix last year is the only one he has earned since taking over the No. 31 car.

When Newman arrived at RCR, the organization had three full-time cars with a part-time fourth entry.  The introduction of the charter system in 2016 killed off the part-time car, and the departure of Paul Menard and his sponsorship money has left RCR as a two-car outfit for the first time since 2000.  If Richard Childress’ plan was to improve the team by consolidating its resources, the plan has not worked out, at least for this year.

While Dillon scored his first two Cup Series wins in two big races, he has not blossomed into a week in and week out contender.  Without drivers like Clint Bowyer, Jeff Burton and especially Kevin Harvick, RCR has fallen from the ranks of NASCAR’s top teams.

Newman and Childress probably both expected better results when they joined forces.  They have tried to weather the storm together.  But Newman’s contract situation may not be solidified beyond this season.  If he does not make the playoffs, he and Childress might find themselves at a crossroads.

While veteran racers have done most of the winning this year, Newman is still a 40-year-old driver in a sport that is still determined to get younger.  Other than Dillon’s Daytona 500 victory, the biggest positive for RCR this year is Daniel Hemric’s improvement in the XFINITY Series.  Hemric is still seeking his first win in that division, but he has already surpassed the number of top-five finishes he had in all of 2017.  Compared to Matt Tifft and the promising but inexperienced Shane Lee, Hemric looks like the driver in RCR’s developmental arsenal who is most ready for the Cup Series.

The question, then, is if Hemric’s potential is enough to push Childress to make a change.  Newman may not be winning frequently anymore, but he brings nearly 20 years of experience racing at NASCAR’s highest level.  And even though the No. 31 has used a patchwork approach to sponsorship, its core backers are Caterpillar and Grainger, which have stayed loyal to Newman thus far.

Hemric would be a cheaper option in terms of salary, and he could even fill some of the sponsorship gaps if South Point Casino follows him to the Cup Series.  But without a veteran presence on the Cup operation, RCR could fall even further behind the top teams.  Roush Fenway Racing, another proud and well-established organization, cut back to two teams with young drivers in an effort to rebuild.  Yet the team decided it needed Matt Kenseth’s expertise several months ago, counting instead on a veteran’s input to improve its program.

If Newman returns to RCR in 2019, he will probably hover around the playoff bubble for most of the year, maybe win, and get eliminated from the playoffs relatively early if he makes it.  Otherwise, Childress could take a gamble with Hemric or some other young racer and see where the chips fall.  With drivers like Kurt Busch and Jamie McMurray potentially on the move for next year, Newman could easily join the silly season conversation.

Youthful potential versus veteran experience is the choice that will determine the future of Newman’s career.  If RCR chooses youth as the way back to the top of the NASCAR mountain, Newman will have to find a team with the opposite philosophy.