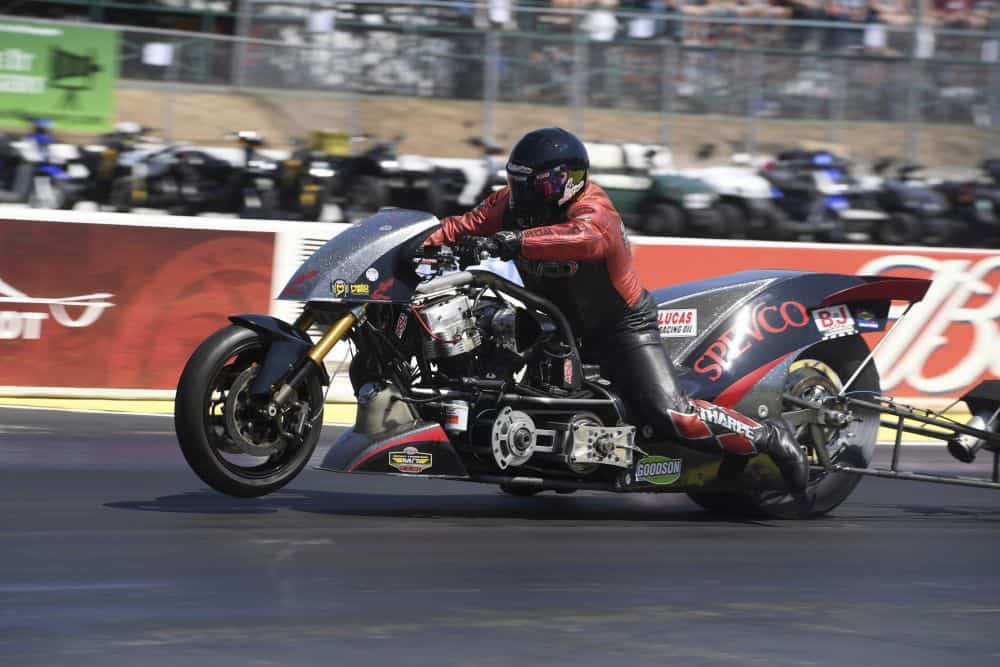 This space is generally devoted to the Mello Yello Series classes, the pros in Top Fuel, Funny Car, Pro Stock and Pro Stock Motorcycle. Then, sometimes the other professional class, Pro Mod makes an appearance.

What we feature less often, and hope to make up for a little bit this week, are the sportsman classes. This week we’re going to watch some of the winning matchups from these classes at the most recent event, the CatSpot Northwest Nationals.

These first two classes will probably look pretty familiar. Top Alcohol Dragster and Funny Car are generally the last stepping stone for drivers trying to make it into the Nitro classes for obvious reasons.

No Pro Stock Motorcycle in Seattle doesn’t mean there weren’t two-wheelers, as the Top Fuel Harley class still ran. These guys are sitting on Nitro engines by the way. Sitting on!

If you follow the Mello Yello Series, these cars and bikes probably don’t look too different from what you are used to watching, but cars come in all shapes and sizes in the sportsman classes. Here are the rest of the winners from Seattle.

Don’t forget that your NHRA ticket gets you all of these classes during a race weekend in addition to the Mello Yello Series cars and drivers.