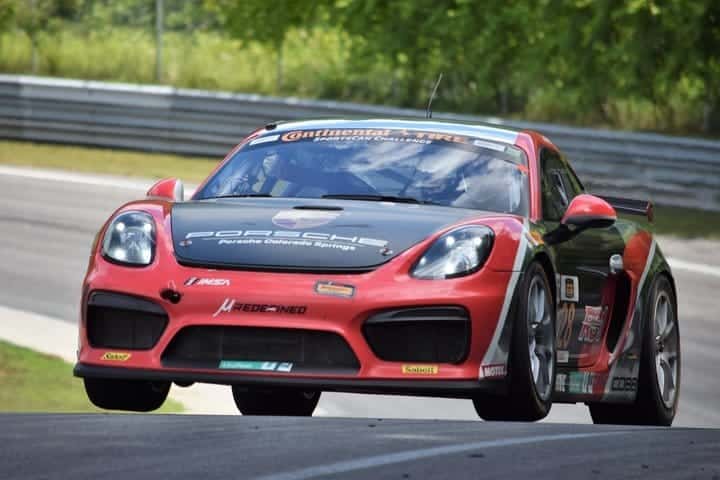 For the IMSA Continental Tire SportsCar Challenge’s two-hour race at VIRginia International Raceway, there are 37 cars entered.  All three classes will be in action.

The headlining Grand Sport class has 23 cars entered.  Likely the biggest news of the week is the return of Rebel Rock Racing to the series after a couple of years away.

They will field a new Chevrolet Camaro GT4.R for Andrew Davis and Robin Liddell for the remainder of the season.  While the Camaro GT4.R ran for most of last year with Stevenson Motorsports, this will be the first race of the year for the car in the CTSC.

Classic BMW is back after missing the Road America round.  They’re fielding two cars, the No. 26 for Toby Grahovec and Jayson Clunie and the No. 72 for Jason Hart and Mike Vess.

There are also a couple of regular teams that are not entered.  Automatic Racing has not posted an entry.  They ran three cars at Road America.  One got destroyed in a massive crash at the Kink.  The other two finished 16th and 17th.

Winward Racing/HTP Motorsport has also not entered their two Mercedes-AMG GT4s.  The No. 33 was the second car into the big wreck at Road America.  While Russell Ward walked away, the Techemet-sponsored Mercedes was badly damaged.

In TCR, there are nine cars entered, up from six at Road America.  RS Werkes Racing and Rumcastle LLC are back on the grid.  In fact, Rumcastle has brought a second car, the No. 32 Volkswagen GTI TCR.  Rob Ferriol and DJ Fitzpatrick will drive.

Street Tuner has five entries and no changes from Road America.  The three MINI JCW Team MINI JCWs will take on the BMW from BimmerWorld Racing and BodyMotion Racing’s Porsche Cayman on Saturday.