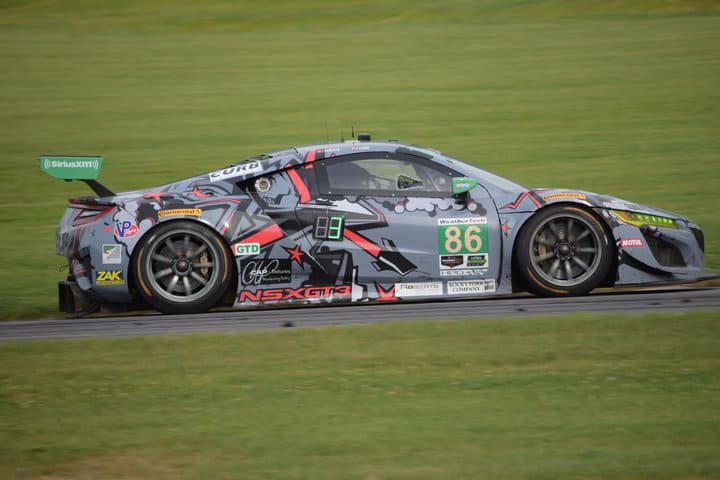 This weekend, the IMSA WeatherTech SportsCar Championship has their second and final GT-only race of the season at Lime Rock Park.  Similar to Lime Rock in July, only 18 cars are entered.

The GT Le Mans class has eight entries.  Essentially, the factories.  Two Fords, two Chevrolets, two Porsches and two BMWs.  There are no changes from the last round at Road America.

In the GT Daytona class, there are only 10 cars entered.  Here, there are a couple of changes of note.  First off, the No. 15 3GT Racing Lexus is back.  They were forced to withdraw on race morning at Road America due to a big crash in the morning warm-up.

Park Place Motorsports and Squadra Corse Garage Italia are part-time teams and have chosen not to post entries for VIR.  Wright Motorsports has also chosen to not post an entry for their second car, the No. 16.  The car has been entered and withdrawn from the past two races.

Of those teams that are entered, there are a couple of changes.  At Scuderia Corsa, Alessandro Balzan continues to deal with a medical issue.  As a result, Gunnar Jeannette will be in the car to partner with Cooper MacNeil this weekend.  Jeannette replaces Alessandro Pier Guidi, who drove at Road America and had lots and lots of contact with Riley Motorsports’ Jeroen Bleekemolen.  Also, Pier Guidi has a conflict this weekend with the FIA World Endurance Championship 6 Hours of Silverstone.

At Meyer Shank Racing, Mario Farnbacher returns to the No. 86 Acura as a teammate to Katherine Legge, replacing Àlvaro Parente.  Farnbacher and Legge were teammates at Belle Isle Park, where they won the class.