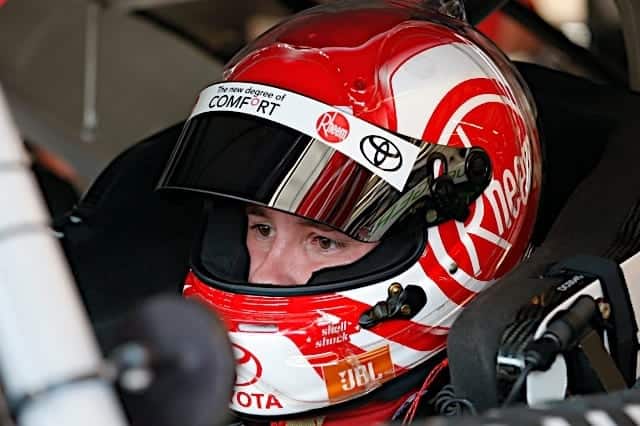 After being so close to winning at Bristol Motor Speedway throughout his career, it’s no surprise Kyle Larson was quickest in opening practice. His dirt racing counterpart Christopher Bell topped final practice, and is hoping to rebound from an early crash in the April race in Thunder Valley.

Larson turned a lap of 124.259 mph, .032 seconds ahead of Kyle Busch (124.002 mph), who swept the weekend at Bristol last year. In the Cup race in April, it was these two drivers that battled for the victory, with Busch nudging Larson out of the way with less than 10 laps to go.

Brandon Jones was just outside the top 10 in 11th, though led the most laps (106) in the spring race before finishing sixth. Meanwhile, Michael Annett turned 60 laps, the most in the session. Coming into Bristol, the No. 5 team is 49 points off the cut-line to the playoffs.

Meanwhile, Busch was third in the session, though having some right rear quarter panel damage after getting into the wall. Jones and Hemric rounded out the top five.

For the second straight practice, Elliott was sixth on the speed chart, while Custer, Allgaier, Logano and Tyler Reddick completed the top 10.

Cindric and Sadler were the only drivers who were among the top 10 in opening practice that weren’t in final practice. Ryan Truex, who was 16th on single-lap speed, and Vinnie Miller (32nd) also had right rear damage.