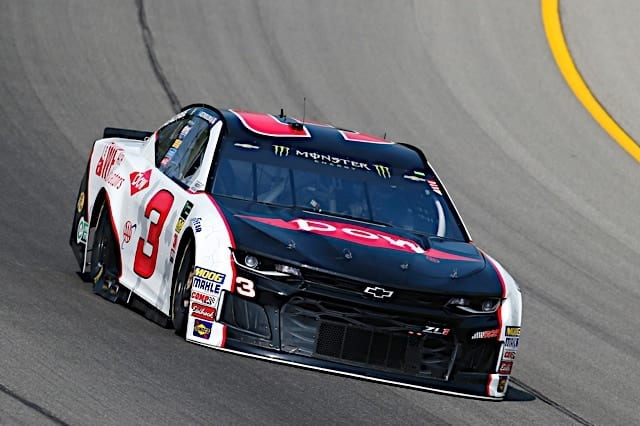 Austin Dillon kicked off the 2018 season with a bang by winning the Daytona 500. Since then, it’s been up-and-down for the No. 3 team.

However, Dillon qualified fifth last weekend at Michigan International Speedway, equaling his best starting position of the season. The No. 3 car remained toward the front through all 400 miles, ending the event in fourth.

“It’s frustrating when you start it at such a high at Daytona and then you have some struggles,” Dillon said on Friday at Bristol Motor Speedway. “We actually had a good run at Fontana, so the momentum is still pretty good there and then you have a slump where we weren’t as competitive as we need to be.

“We found kind of where we were at compared to where we needed to be as far as the cars went and we went to work on them. We weren’t as good as we needed to be on some things and we got them better and it’s showing up late in the season and I think it should carry to the end of the season at this point.”

The Justin Alexander led team brought a brand new racecar to the track at Michigan. On the final pit stop, Alexander elected to take two tires, hoping to give Dillon a shot at the victory. Coming to the white flag, the No.3 had a left front tire go down, allowing both Brad Keselowski and Kyle Busch to get by for position.

“We did a lot of work to figure out what happened the last lap and we took the tire down and we broke a left front belt,” Dillon said. “We got lucky that it made it back around, so I was at the Goodyear Tire Test (in Texas) and they saw the picture and they just kind of put it on fatigue because we had 77 laps on our tires. That is just kind of frustrating, but it is part of the game I guess.”

As the series is set to compete at Bristol on Saturday (Aug. 18), Dillon sits 20th in the championship standings, though eighth on the playoff grid with five playoff points. In nine starts at Thunder Valley, he has two top-10 finishes, with a best effort of fourth in 2016.