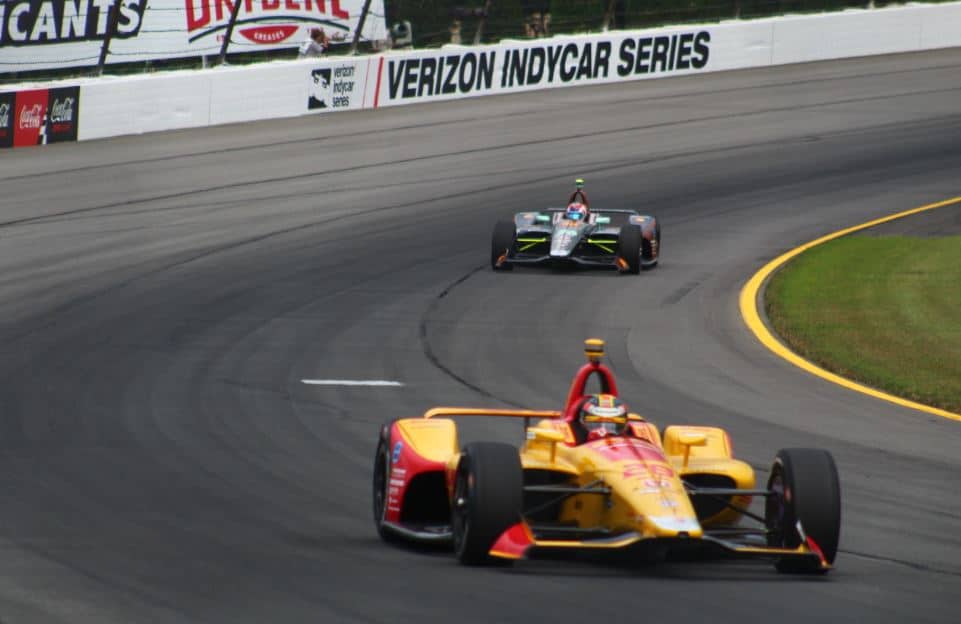 Ryan Hunter-Reay was spun by Robert Wickens in Turn 2 on lap 7, resulting in a five-car crash. Wickens’ car went airborne directly into the catch fence.

James Hinchcliffe, Takuma Sato, and Pietro Fittipaldi were also involved. Hunter-Reay and Sato have been released from the infield care center. Hinchliffe and Fittipaldi, who suffered two broken legs earlier this year at Spa Francorchamps, have both been cleared to drive. Wickens was awake and alert and airlifted to the Lehigh Valley Hospital in Allentown, Pennsylvania.

Pocono Raceway track workers will have to repair the fence before the race can resume. IndyCar representatives expect the damages to be fixed shortly after 4:15 p.m.

Alexander Rossi is currently scored as the leader. Pole winner Will Power is second.