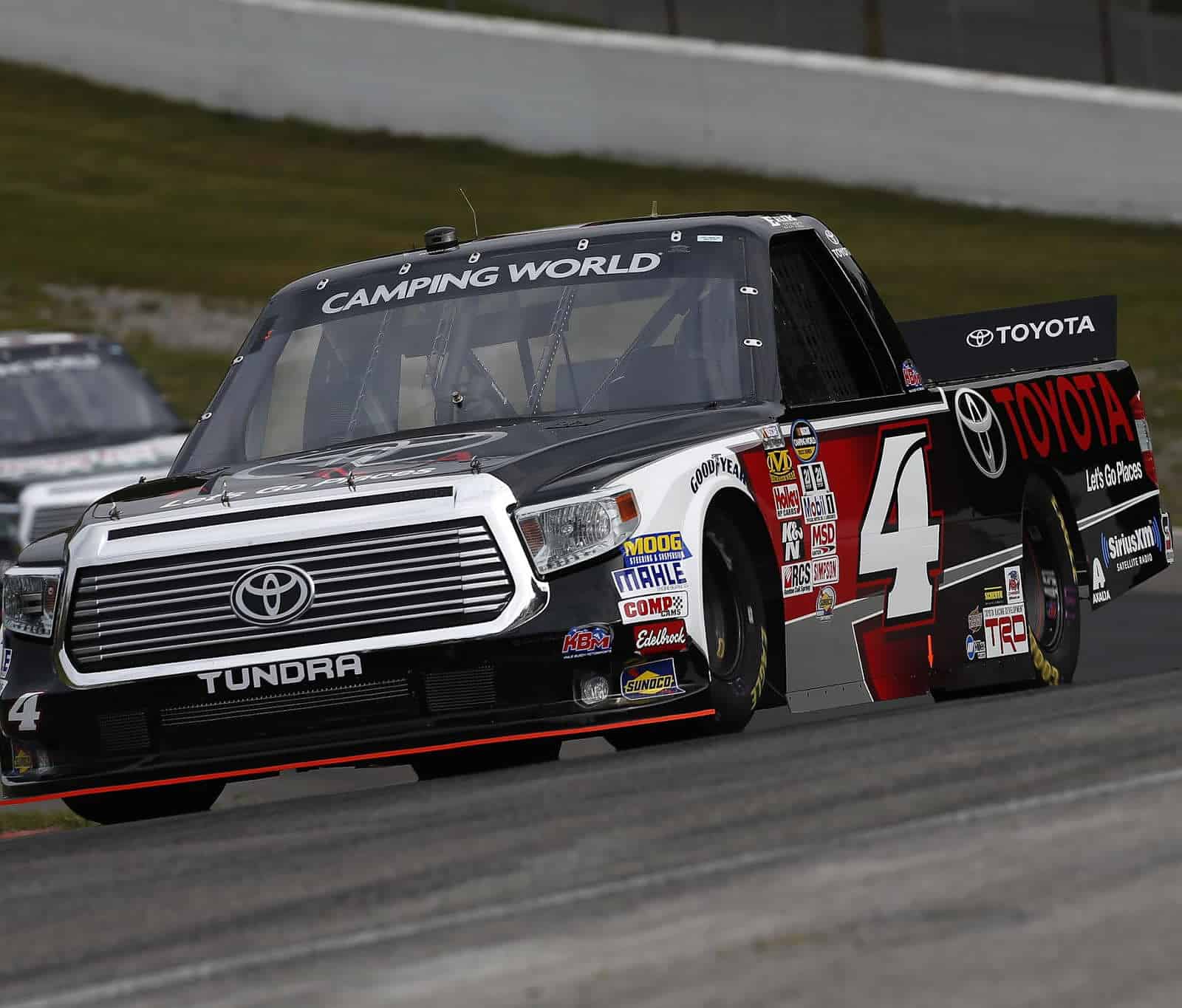 The NASCAR Camping World Truck Series heads north of the border to the Canadian Tire Motorsport Park for a rare Sunday afternoon race to open up the playoffs this weekend.

This will be the first time that the Bowmanville, Ontario, road course has held a playoff race.

31 trucks are entered this week, meaning all drivers will make the race, barring any entry list changes.

Iwuji, a Navy veteran who currently serves in the United States Navy Reserve, is a frequent competitor in the NASCAR K&N Pro West Series and the ARCA Racing Series. Reuse has made four starts in the NASCAR XFINITY series, earning a career-best finish of 30th at Watkins Glen International in 2014. Kunz, from Germany, is a full-time competitor on the NASCAR Whelen Euro Series and currently sits 19th in its points standings.

Two Canadians, Alex Tagliani and DJ Kennington, have returned to the series for the first time this season. Tagliani, whose three truck starts have all come at Canadian Tire, will drive the No. 12 for Young’s Motorsports, while Kennington will wheel the No. 49 for Premium Motorsports.

Kennington has finished 14th twice at the 10-turn road course, while Tagliani finished a career-best fifth in 2015.

After a 23rd-place finish in his series debut earlier this year at Chicagoland Speedway, Max Tullman will return to the No. 20 truck for Young’s Motorsports.