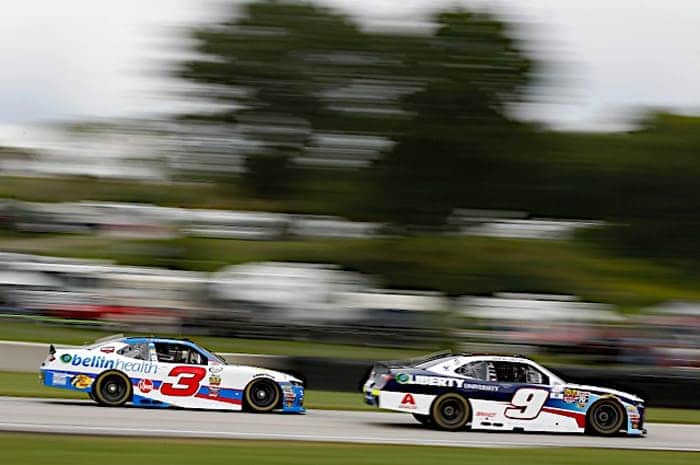 After a brief stop at a short track, the NASCAR XFINITY Series returns to road course racing at Road America on Saturday afternoon, Aug. 25.

41 cars are entered, which means one team will go home after qualifying, barring any entry list changes.

Highlighting the event will be NASCAR Hall-of-Famer Bill Elliott. The 1988 Monster Energy NASCAR Cup Series champion will drive the No. 23 for GMS Racing. Elliott, who has not attempted a NASCAR race since 2012, has one career victory in 43 XFINITY starts.

The 62-year-old, who has never competed at Road America, will also become the first minted Hall of Famer to compete in a NASCAR-sanctioned event.

Popular IndyCar driver Conor Daly will try his hand at stock car racing. Fresh off of a 15th-place finish at Sunday’s IndyCar race at Pocono Raceway. Daly will attempt to make his first career NASCAR start driving the No. 6 for Roush Fenway Racing. Daly, who has type 1 diabetes, will be sponsored by Lilly Diabetes.

While Daly preps for his first start, fellow open wheel driver James Davison returns to NASCAR for the first time this season, driving the No. 18 for Joe Gibbs Racing. The Australian has made one prior start at Road America, finishing 37th after being collected in a crash.

After suffering a parts failures at the last road course race at Mid-Ohio Sports Car Course, Katherine Legge returns to the series. Legge will drive the No. 15 for JD Motorsports.

After a 15th-place finish at Mid-Ohio, sports car driver Andy Lally returns to the No. 90 for DGM Racing. Henry Repeating Arms will sponsor the effort.

Making his second start of the season, Ryan Ellis will drive the No. 78 for B.J. McLeod Motorsports. Ellis finished 30th at Daytona International Speedway in February.

Brandon Brown will make his third start of the season driving the No. 86 for Brandonbilt Motorsports. Brown has one top 20 on the season, which came at Richmond Raceway.