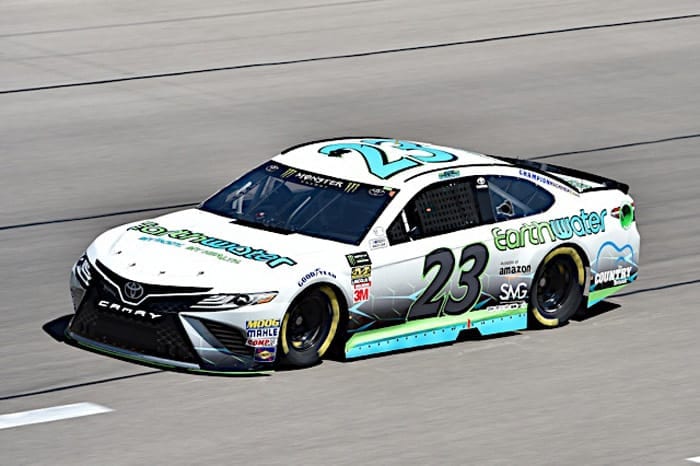 Front Row Motorsports has won the bidding for the assets of BK Racing, it was announced Tuesday morning (Aug. 21) at the U.S. bankruptcy court hearing for the team’s sale approval hearing.

According to ESPN, FRM, which fields two full-time teams in the Monster Energy NASCAR Cup Series, will take over BK’s assets, pending approval by the judge handling the case.

The judge’s decision may not come until Thursday, Aug. 23, at the latest.

FRM would not only assume cars and other equipment owned by the team — it would also take over the organization’s charter in the Cup Series that guarantees it a spot in the 40-car starting field.

According to ESPN, Obaika Racing, which had also bid on the assets, would receive $265,000 worth of secondary assets, and Rick Ware Racing would receive a tractor valued at $35,000 if the bid is approved.

FRM currently fields the Nos. 34 and 38 in the Cup Series for Michael McDowell and David Ragan, respectively. Additionally, the team operates a charter that was originally purchased from BK prior to the start of the 2017 season. BK’s No. 23 has been driven by multiple drivers in 2018, most recently by Blake Jones.

BK used to have two charters. The bank claimed that BK Racing had secured a loan from it with the charter the #83 charter, and, therefore, was trying to get a court to annul its sale to Front Row Racing last year.