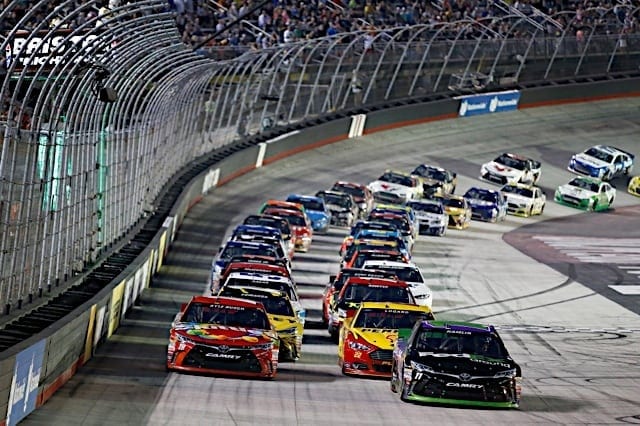 It seems easy enough: make changes to the schedules, the cars, the playoffs, even the drivers.  But NASCAR is a complex organism, and nothing is as easy as it seems, even if we think it should be. Would more short tracks/road courses/different tracks make a difference in what fans see? There’s no question about that.

Eliminating races at tracks where the racing is less than competitive in favor of those where it is closer would have an immediate effect. The problem is, there is a mountain of obstacles in the way of making that happen. Even if the current track owners didn’t have a multi-year agreement with NASCAR, where, exactly, are the races going to go?

Theoretically, one of the current road courses could add a second date if the owners were willing to give up a race at another track, but that’s not exactly the answer long-term.

NASCAR owns Iowa Speedway, so they could make an agreement with sister company International Speedway Corporation to move a Cup race there. The track’s capacity is a barrier to that, though, and there is a threshold where the expense of hosting a race is not cancelled out by the revenue. That’s why there’s no XFINITY Series race at Martinsville. The teams and NASCAR would love it, but the track loses money on the series because it’s got higher costs than trucks between sanctioning fees, purses and lower attendance than Cup races. It’s a no-man’s land the track isn’t willing to enter.

Other than possibly Iowa, there aren’t many, if any, short tracks out there that are NASCAR ready. If a track wanted to host a NASCAR touring race, it would not only have to fork over sanctioning fees and guaranteed purse money but also the costs of upgrading safety features to NASCAR’s standards. That’s an area where NASCAR should not compromise. Currently, only Eldora gets a pass on SAFER barriers and that should change before NASCAR even considers adding more series there.

Then, of course, there has to be a return on a track’s investment, and the only way to get that is by putting behinds in the seats. As Martinsville, and more starkly, Rockingham can attest, getting on the schedule means little if the stands aren’t full. They are far from it at existing short tracks, so should NASCAR have reason to believe it’s going to be different somewhere else?

A lot of fans would like to see NASCAR return to the days that the race cars had to fit the same templates as the production versions of the cars. That’s a good idea for a lot of reasons, but improved racing isn’t necessarily one of them.

It would certainly be interesting to see teams test cars with street templates, but even with completely stock template and the accompanying ride heights etc., they would not race like they did years ago. I’ve said before there is no way a 2018 Camaro/Fusion/Camry is going to race like a 1982 Buick.

Producing car models based on the racecars the manufacturers wanted on track was often done in the past, but interest in cars as anything other than utilitarian is waning, and that may be the biggest obstacle the sport faces. As a society, we no longer love and revere cars. Street cars are generic and often the best way to distinguish between one and the other is to look at the manufacturer’s emblem, because they don’t look different or special enough to tell from a glance.

Add teams to this mix, too, because racing is expensive and travel makes it even more so. Lower ratings mean that not only do the networks need to sell more ads to reach the same number of eyes, but sponsors aren’t getting their money’s worth. When the reigning champion and the winningest active driver don’t have sponsors for next year, there’s a big problem. There has to be value for everyone involved to make this work, and there’s no easy place to star. If one entity injects more money and even one other one doesn’t, it all falls apart.

Making costs lower is, of course, the only way to break the cycle, but there are enough people making enough money that getting everyone on board to make meaningful cost cuts would be all but impossible. After all, for tracks to lower ticket prices to fans, they would need lower costs from NASCAR. For sponsors to get value for their dollars, television needs people to see their advertisements.  For teams to be able to race, someone has to support the sponsors and guarantee anough money from purses to make racing worthwhile. Every part is connected here, making it much more difficult to infuse one area, even if it would boost another, because it would almost certainly drain a third.

It’s hard to get behind generic cars, and it’s even harder to get behind generic drivers. More often these days, drivers hire advertising agencies to represent them and their personal brand, and corporate sponsors dictate that their drivers act like professionals. Maybe that’s all well and good, but fans don’t want them to act like corporate shills or motivational speakers. They want them to act like regular people, people they’d like to sit down and have a beer with.

There’s little sense of the blue-collar driver left in the sport. There are a couple here and there, but often they’re in underfunded rides with little consequence and little impact. While it can certainly be argued that it’s on fans to get to know those drivers, it’s also on them and their sponsors to let fans know them.

Sponsors leave drivers little time for the fans these days. The days of fans having to choose between driver appearances during a race weekend are long gone. Autograph sessions and the brief but memorable one-on-one interactions they provide have been replaced by generic Q&A sessions where only a lucky few fans get acknowledged by being allowed to ask a question. For fans, getting to see their favorite drivers is not the same as getting to meet their favorite drivers. Fans need to support sponsors, but sponsors also need to support fans.

There was a day when fans could feel like they knew the drivers personally, even when they didn’t, but that’s changed. There’s no real way to know, but does any of the recent fan exodus have to do with the recent driver exodus? Perhaps some fans are walking away with their drivers because they don’t feel the same about anyone else. Perhaps that’s because they can’t relate to anyone else as the day of the blue-collar driver is all but over. Meanwhile, the blue-collar fan is still a majority.

Race fans bring passion to the sport, and to a large extent, the sport is there because of them. The main issue arises in that they’re vastly different and have different opinions on what makes for great racing. Sure, most can agree on short tracks and road courses and lower costs for tickets and hotel rooms, but that’s where it ends. Even then, someone would find a reason to complain.

For every fan that hates restrictor-plate racing, there’s one who loves it. That leaves NASCAR with a conundrum. Add more plate races and make some fans very happy but drive away some more, at least for a few races. The same goes for the playoffs. For every fan who hates the format (OK, more like for every three), there’s one who either likes it or has never known anything else. There is very little NASCAR could do that wouldn’t cause a division somewhere. It’s not that any one side of any one argument is entirely right or entirely wrong, but if NASCAR pleases one, they will surely anger the other.

There’s a generation of fans who know nothing but the Brian France era and all that it entails. Like it or not, that means if you reversed everything he’s done tomorrow, you’d have a group of fans who suddenly feel as alienated as the previous generation did when the younger France took over.  The question becomes whether enough older fans would come back and bring new ones with them. That second part is key as the fan base has to be replenished.

Fans also have some control by supporting the things they want. What boils down to is if you ask for it, you’d better be ready to support it. Fans wanted races back at Rockingham but didn’t show up when they got them. Fans want more short tracks but don’t fill the stands at the ones already on the schedule. People want sponsors to back their drivers but don’t go out of their way to use those sponsors’ products as they once did. Fans can control the sport’s destiny, but saying they want something (or want it to go away) isn’t enough.

4 thoughts on “The Frontstretch 5: Reasons Nothing is Simple in NASCAR”