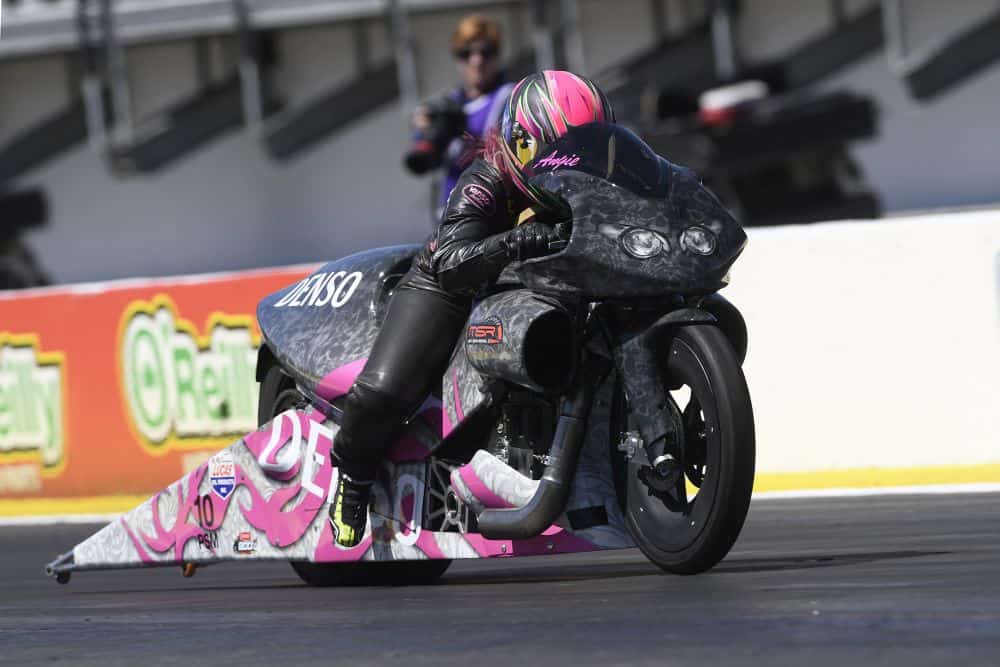 If you watched the Lucas Oil NHRA Nationals last weekend from Brainerd, you were treated to something you can pretty much only find in the NHRA: a husband and wife elimination matchup.

Matt Smith faced off against his wife, Angie Smith, in the second round of eliminations. Matt spun the tires, giving this one to Angie.

It’s not the first time they’ve faced each other. It’s actually the 14th time, with Matt holding the advantage at 10 wins to Angie’s four in head to head competition.

Father and son or brother and brother matchups are common in motorsports, and NHRA is not the only place where husbands and wives have ever competed. It has happened in NASCAR in the past, but the amount of gender diversity in NHRA makes it more common. Erica Enders has met up in competition with husband Richie Stevens before.

Plenty of families compete as a group, meaning mothers have raced children as well. While they don’t compete head to head, the Whitely family races as a family sport, with mother Annie competing in Top Alcohol Funny Car while husband Jim and son Steven run in Pro Mod. It gives a whole new meaning to the idea of a family sport.

While they didn’t meet head to head last weekend, father Billy Torrence did knock son Steve Torrence out of the top qualifying spot on Saturday, and, but for Antron Brown’s defeat of Steve Torrence in the semifinals, they would have faced off in the finals on Sunday. Incidentally, it was a banner weekend for the elder Torrence as it was both his first No. 1 qualifier and his first win in the class.

Meanwhile, with Brainerd in the books, everyone is off to Indianapolis for the Chevrolet Performance U.S. Nationals. The big event doesn’t happen for two weeks, but it is both the biggest event of the season and the last chance to make it into the Countdown for some. So it will be a busy two weeks of testing and preparation for many.

Less than three-quarters of the available playoff berths have been claimed — just 27 out of 40 spots filled— so there is plenty at stake in Indy. Here’s a look at who’s definitely in. Next week we’ll take one final look at who’s not in and who’s got a chance.