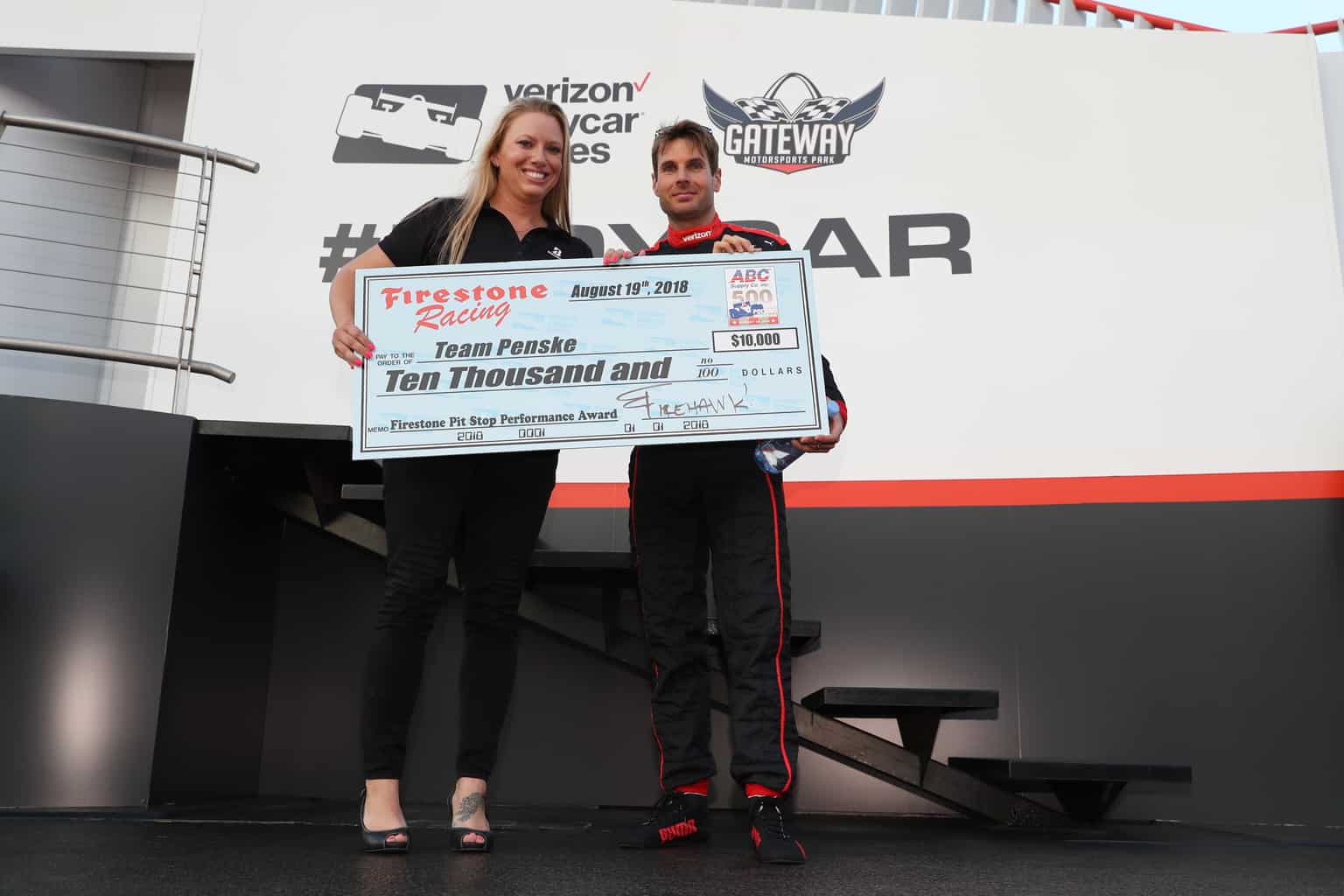 Scott Dixon dominated the first two-thirds of the race, but Will Power came away with the victory at Gateway Motorsports Park on Saturday night.

It was Power’s third win of the season and his first since the Indianapolis 500.

Alexander Rossi raced in fuel-saving mode for the final 70 laps to earn second place. Although it wasn’t a third consecutive victory, the Andretti Autosport driver knows he has to look at the bigger picture: finish ahead of Dixon.

Dixon leads the championship, but his points margin over Rossi continues to shrink. Rossi is now 26 points behind the Chip Ganassi Racing driver. He only gained three points on Dixon, but each mark matters. Two races remain in the schedule, including the double-points finale at Sonoma Raceway.

“I don’t know that we had enough for Will even if it was a flat out race to the finish,” Rossi said. “The important thing is: we beat Scott.”

Dixon started from the pole and didn’t get overtaken until lap 150 of 248. When Power passed him, it proved that the Team Penske driver might be the one to beat.

Is third place disappointing for Dixon?

Yes and no. Yes, because it appeared he was the favorite for a majority of the night. He controlled much of the race’s long green flag stretch. But also no, because he came out with the championship lead still intact. He didn’t want Rossi to finish in front of him but still has the advantage in the title, nonetheless.

The race was relatively calm until Ryan Hunter-Reay brought out the caution on lap 172. During the yellow, sweepers cleaned up the track so the remainder of the event would have a better on-track product.

Once again, overtaking on an oval proved to be difficult. If two cars were side-by-side in a turn, the driver on the outside inevitably got loose and would have to yield. But the different strategies kept it entertaining. Power pitted in the closing laps and passed Rossi as green-flag stops cycled through, and since Rossi was trying to pull another fuel-mileage victory out of the bag, he didn’t put up a fierce battle.

Power led 93 laps after starting fourth. Dixon led 145 and now has 568 points this season. Rossi’s three-stop strategy was just good enough to finish ahead of his championship rival and bad enough to cost him the win.

The series will compete at Portland International Raceway next Sunday (Sept. 2). The last open-wheel race at the Oregon road course was in 2007 when the Champ Car World Series still existed. Portland replaced Watkins Glen International on the schedule this year. The season will conclude at Sonoma.