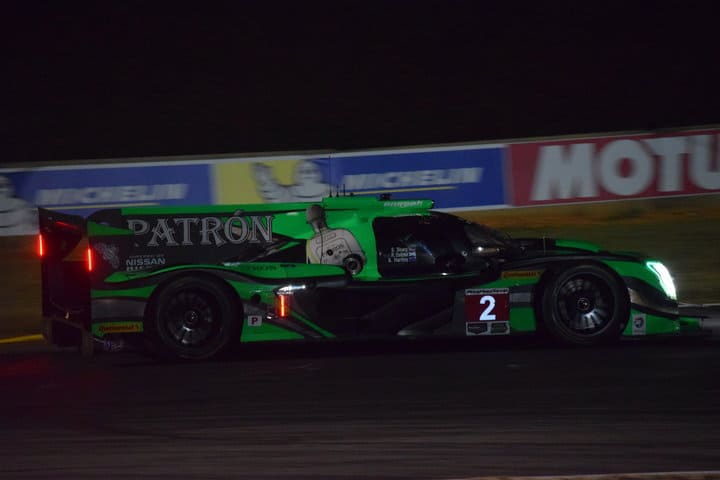 Tequila Patrón ESM announced Monday (Aug. 27) that they will have two new drivers with the team for the Motul Petit Le Mans in October.  Porsche factory driver Timo Bernhard and young gun Antonio Giovinazzi will join the organization for the 10-hour endurance race at Road Atlanta.

They will be replacing Olivier Pla and Nicolas Lapierre, who were originally scheduled to compete in the event.  Then, a schedule change was made that moved the 6 Hours of Fuji back a week, likely to allow Toyota GAZOO Racing’s Fernando Alonso to compete (the original date was a direct clash with the Grand Prix of Japan at Suzuka Circuit).  As a result, the race is now a direct clash with Petit Le Mans and will start just about the time Petit Le Mans ends.

“Each team member of Tequila Patrón ESM is super excited to welcome Timo [Bernhard] and Antonio [Giovanazzi] to our effort for Petit,” said Tequila Patron ESM owner/driver Scott Sharp.  “Both have deep experience, and fantastic speed race craft! I can’t think of better additions to help ESM defend our win from last year!”

With Bernhard, the team has a proven talent with lots of previous success at Road Atlanta.  In 11 previous starts at the track, he has five class victories (six if you want to count 2010, where he ran a special hybrid Porsche 911).  He won three in GT class Porsches for Alex Job Racing and earned two LMP2 class wins for Penske Racing in their factory Porsche RS Spyders.

“I’m excited to be joining Tequila Patrón ESM for this year’s Petit Le Mans,” Bernhard said in a press release.  “The PLM ranks within the top classic endurance events.  It will be my 10th participation and I‘d like to help ESM to score a top result.  I have known Scott [Sharp] since the old ALMS days where we battled many times for wins.  Big compliment on what he has achieved with his team so far.”

Giovinazzi has never raced at Road Atlanta.  However, he does bring some familiarity with the team to the table.  In 2016, Giovinazzi drove for Tequila Patrón ESM in the FIA World Endurance Championship at Shanghai and Fuji.  He finished second in LMP2 at Shanghai Circuit with Sean Galael and Tom Blomqvist as teammates.  Giovinazzi ended up in the car as a result of a deal with Jagonya Ayam, the Indonesian division of Kentucky Fried Chicken.

“Taking part in the 10 hours of Road Atlanta is a big challenge for me,” said Giovinazzi.  “It is one of the most important endurance races in the world and I am very excited to be part of this winning team with a strong driver line-up.”

Giovinazzi will join Sharp and Ryan Dalziel in the No. 2 Nissan DPi, the car that won the race overall last season.  Bernhard will join Pipo Derani and Johannes van Overbeek in the No. 22.

The 21st running of the Motul Petit Le Mans is scheduled for Saturday, Oct. 13 with the green flag flying at 11 a.m. EDT.  Frontstretch will be on-site to bring you all the action from Georgia.