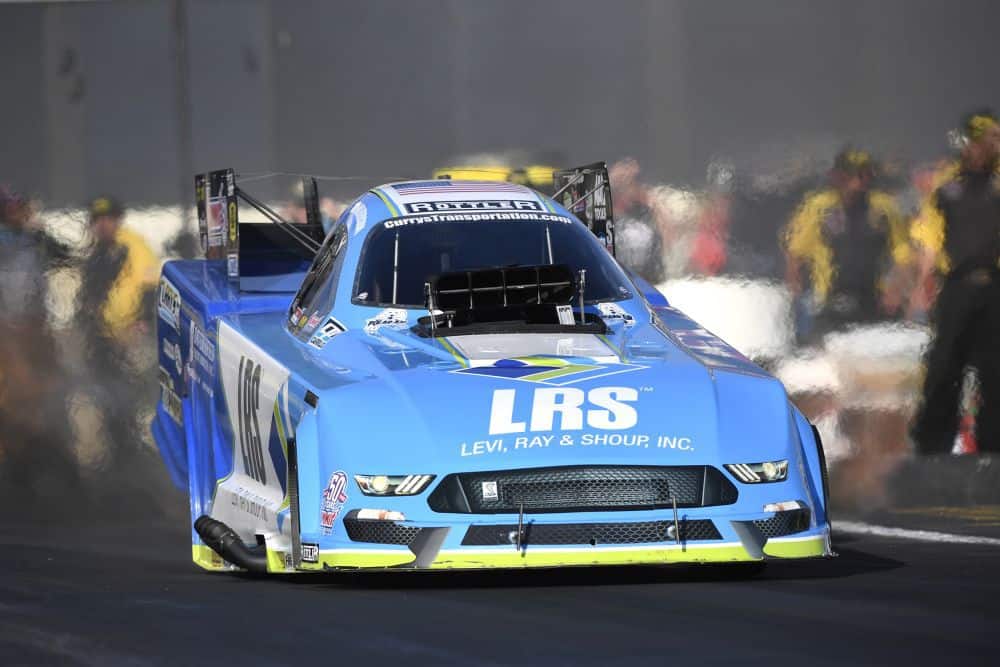 This weekend is the biggest one of the NHRA schedule — the Chevrolet Performance U.S. Nationals from Indianapolis. It’s the Daytona 500 or the Indy 500 of NHRA drag racing.

It’s also the last chance for drivers in the Mello Yello categories to make it into the six-race Countdown to drive for the championship. Miss being in the top 10 after this event and you are out of the running for the title for this year as the points reset puts the top 10 off into the distance to battle it out amongst themselves.

Get into that top 10, and you will be given a mulligan, so to speak — a second chance at the championship that may have otherwise been out of reach as the points reset also brings everyone a lot closer together to start the six-race battle. An important factor in the scenario is the fact that the U.S. Nationals pays points and a half (150 instead of the usual 100 to the winner and on down the list of finishers), meaning the stage is set for some wild action to lock down those last few spots that haven’t been clinched.

In Top Fuel, three drivers are separated by just nine points going into Indy, with Scott Palmer, ninth, and Mike Salinas, 10th, currently in the Countdown and Richie Crampton, 11th, outside. It would seem three drivers are battling it out for two spots, although with points-and-a-half in play, Terry McMillen, 90 points above Palmer, and Brittany Force, 86 points up on Palmer, are not really safe either. If either driver has a disaster, it would open the door for all three of the drivers below.

Palmer, with a team that has shown steady improvement over the last few seasons, is confident going in.

“If we do the best we can, we will make it into the playoffs,” Palmer said. “The difference between this season and years past is that we’re a good team now that no one takes lightly. When people race us they know we are going to put up a number and that they’re gonna have to run strong to beat us.”

Salinas, on the other hand, has seemingly come out of nowhere this year. This is his first time racing at the U.S. Nationals and first full season, and therefore, his first time trying to make the Countdown. No pressure, right?

“Actually, it’s pretty awesome, to be honest,” Salinas said. “This is what we’re here for, and I love it. I love the pressure of racing the best guys in the world. But we’re going there to win, not just to get some points. That’s our mindset for every race, and this is a big one for us. We’re happy to be in the position where we have a chance to do this, and we need to capitalize on it. We’ve got a very competitive race car, and we’re excited. Bring it on, let’s go.”

Crampton is the veteran of this group with three previous Countdown appearances. He also drives for a big-time team, Kalitta Motorsports. He’s the one who finds himself in an unusual spot, on the outside trying to break his way in at the final race of the regular season.

“For me, it’s the first time coming into Indy not really securely in the top 10, so you’re definitely aware of the situation,” Crampton said. “But that being said, as a driver, I’m just going to come here and do my job and let the points take care of themselves. There’s enough pressure as it is, and I definitely want to secure a spot in the Countdown. We’ll do our thing, and I’m confident that my Craftsman/Toyota team, led by Connie (Kalitta) and Rob Flynn, will be good.”

In Funny Car, Tim Wilkerson finds himself in the hot seat, holding down the 10th and final spot at the moment in the Countdown, but with Bob Tasca III just 24 points behind him, and Cruz Pedregon, with work to do to be sure, still alive, 75 points behind Wilkerson.

“I usually do pretty good at Indy, and our car has been going down the track every run the last few races,” Wilkerson said. “Now is the time to really have your ducks in a row, so we’re pretty excited. We know that we can be a fast car there, so hopefully, we can continue the trend. We’re not going to be lackadaisical about this. Everybody is doing a good job and working hard on the car. We’re going to Indy, and we’re going to fight, fight, fight.”

John Force is not locked in but sits in eighth with a 132-point cushion over Tasca. Still, with points-and-a-half up for grabs, Force, who has had some hiccups and has failed to qualify for a couple of races this year, is not safe. Between Force and Wilkerson sits Shawn Langdon, 44 points up on Wilkerson — a nice, but not insurmountable cushion should bad luck strike.

Tasca is making his first full-time campaign since 2014 and likes his chances of getting into a coveted top 10 spot in Indy.

“This is what you dream about and what you live for as a driver,” Tasca said. “I want to be in the final round against Tim [Wilkerson], and we have to win it to get in. You dream about being in this situation. Our goal from the very beginning of the year was to run for a championship.

“The car has shown signs of brilliance, and there’s been times where we’ve struggled, but a lot of that is behind us. Our confidence has never been higher at any point this season, and this will be a fantastic test. We’re going to give it everything we have, and we’re confident we can put this car in the Countdown.”

Two things to know about this weekend’s Chevrolet Performance U.S. Nationals: thickening the plot, perhaps, is the fact that teams get five chances to qualify instead of the usual four. That’s made partly possible by the second thing: the fact that eliminations are not until Monday. So if you want to catch the action and see who makes the final cut out of the drivers above, tune in to FS1 for the start of eliminations on Monday at 11 a.m. EST, with the conclusion moving to FOX at 1 p.m. EST.