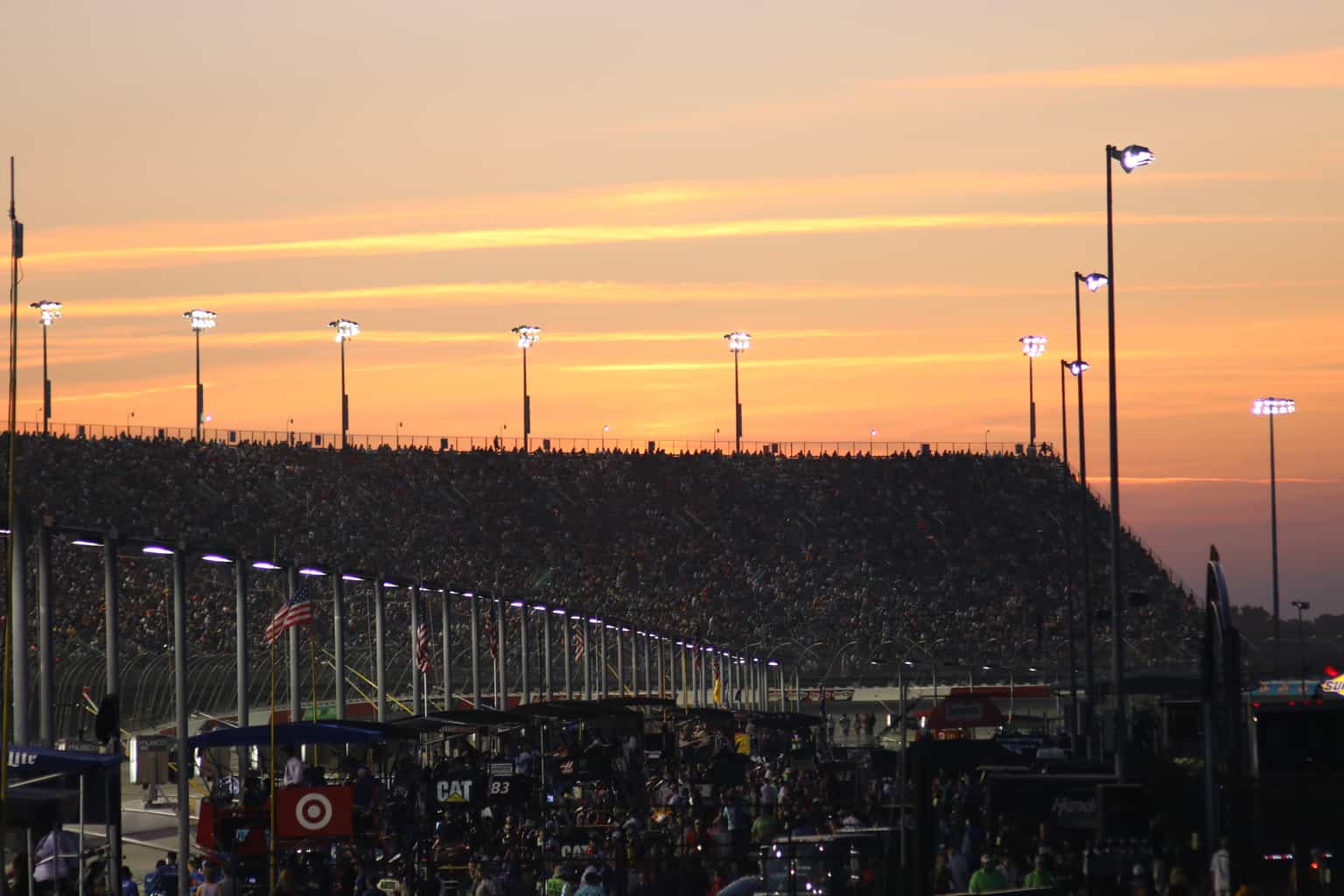 Seventy years into the game, NASCAR teams will use this weekend at Darlington Raceway to celebrate the sport’s long and colorful history with throwback paint schemes and uniforms. It’s appropriate that the nod to the past comes at Darlington, the sport’s oldest superspeedway at its oldest continuously run race (if you’re willing to count the spring races called the Southern 500, anyway).

Perhaps no other track — not even little Martinsville Speedway, a staple in racing since the 1940s — represents what Darlington, the Track Too Tough to Tame, does to the sport’s faithful. Settled among cotton fields and country roads, the track represents what NASCAR once was: Southern and rural. But while many tracks of the era when Darlington was built have faded into memory, Darlington has weathered the test of time, maybe a little worse for the wear of the changing climate of NASCAR but still standing in defiance to time and the changes that have torn through the heart of the sport in recent years.

And so it begins again: the race weekend about the ages, for the ages. It comes to the crossroads where the sport currently waits for direction.  To continue forward on the same path doesn’t seem wise, but going back is impossible.  One turn leads even further away from that past, the other equally uncertain.

Darlington reminds us of all we had, as well as the parts of it that are lost to time and progress.  And despite many of the problems that stem from the racing itself, this weekend reminds us that it’s about so much more than cars spinning around the track.

It’s not just about the racing on the track changing.  It has changed, yes, but maybe not as much or in the ways we want to think it has.  The cars have changed, and the racing reflects that.  At the same time, did we think we could race the same cars forever? Time marches on, and the sport has to keep up with the cars on the street now, not decades ago.

But the people have changed.  No, they’re not less passionate and they don’t want to win any less than they did at any other time in the sport.  They race because they’re hungry to prove themselves and to be what they hoped and dreamed they might be.

But they’re not the same people.  For many fans, watching driver after driver get older and hang up the helmet for the last time makes them feel their own age. Sure, there’s plenty of young, talented drivers out there, and they’re as passionate as every generation to come before, but they’re not your driver. They won’t be—can’t be—the one you pulled for the hardest.  Fans spend years invested in a driver, and when that driver walks away, he takes a piece of them along.  It’ll never be quite the same. Many will pick another favorite eventually, but it won’t be the same as that one driver they chose so long ago now. Not ever.

NASCAR’s biggest mistake was misunderstanding how fans become fans.  They don’t turn on a race on TV one day and fall in love with what they see, at least not most of them.  No, they follow in the footsteps of a father, a mother, a grandparent, an older brother, and they stay because they were shown something special by someone who cared about it passionately.

Instead of asking those people who already cared how they could keep the passion going for the next generation, they turned to a generation of people who never intended to stick around to see the sport into its next era. And they handed the bandwagon the keys.

Maybe it’s too late to go back to stock templates and a full-season championship and races where fans didn’t care if there were crashes or cautions or only a few cars on the lead lap.  Perhaps everyone is too ensconced in the ADD generation to appreciate the simplicity of what racing really is and always has been.  Maybe even the fans whose parents and grandparents loved the sport no longer have the attention span of a whole race, let alone a whole season.  Maybe it’s too late to change course.

But this weekend is special.  It gives the sport free rein to remember, and it puts those memories front and center. On the track, among the ghosts, you’ll glimpse that car, and you’ll remember all it once meant.  It’ll flash by the stands, and for a moment, you’ll see that driver dancing with the Lady in Black, forever marked by her. For just a second, those halcyon days of lost youth are close at hand.

That’s the real beauty of the throwback weekend. For a fleeting time, it lets us savor all that’s gone before. It gives us back those days we want most to relive.

When the checkers fly, nothing will have changed, of course.  But for a little while, we can see it all again so clearly.

Is Amy truly lamenting the fact that drivers age, get past their prime and leave the sport? In what fantasyland of sports does that NOT happen? The fact that drivers retire should not be considered a major problem for NASCAR. If the older fans cannot, WILL NOT, find someone else to cheer for, maybe the old-time fans were the true bandwagon-jumpers.

This is all about a bunch of people trying to stop the hands of time. Things change. Its getting a bit tiresome really.

Ricardo
Reply to  Another Viewpoint

So it is the FAN’S fault because they cannot find another driver to support!? Gimme a break! Maybe NASCAR should try to market something other than the current bland, vanilla crop of boring drivers and maybe we could get excited about someone new…..

I would agree, however…watching NEW drivers actually drive like the drivers of old…all it does it brings out the hate from people who really not have a clue about racing. Their loyalties are with the current mindset of some reality series or who has the best whatever. These morons have no idea about racing. Whatsoever. I seriously doubt this will change. There are good drivers out there. Good ones…ones that race. But with the drama induced non stop blather by people in the booth (who damn well know better). They on purpose (to their dollar whoring shame) will continue this BS of drama and conflict where there isn’t any! IT WAS JUST RACING!!!!!!!!!!!!!!!!!! And the bias a huge turn off too. If so and so does it…EDGY, FANTASTIC, the best move ever!!!! And identical move made by the media created “bad guy” the script is flipped. People are sick of this crap.

Amy this article is right on. I’ve been following Nascar for at least 50 years. I got my sons interested in it by going to races and watching on TV. But Nascar has thrown me to the curb. They don’t care about what tradition is or how they got where they were by fans like me. Today everything has got to be hype. It’s like the fans they are trying to get have an attention span of a minute or two. Nascar used to be exciting because of the format. It was a season long struggle to see how many points you could get. The format now is so contrived. I actually have to say that my 50 interest in Nascar isn’t what it used to be. Nascar used to be original. And now it’s like the WWF.