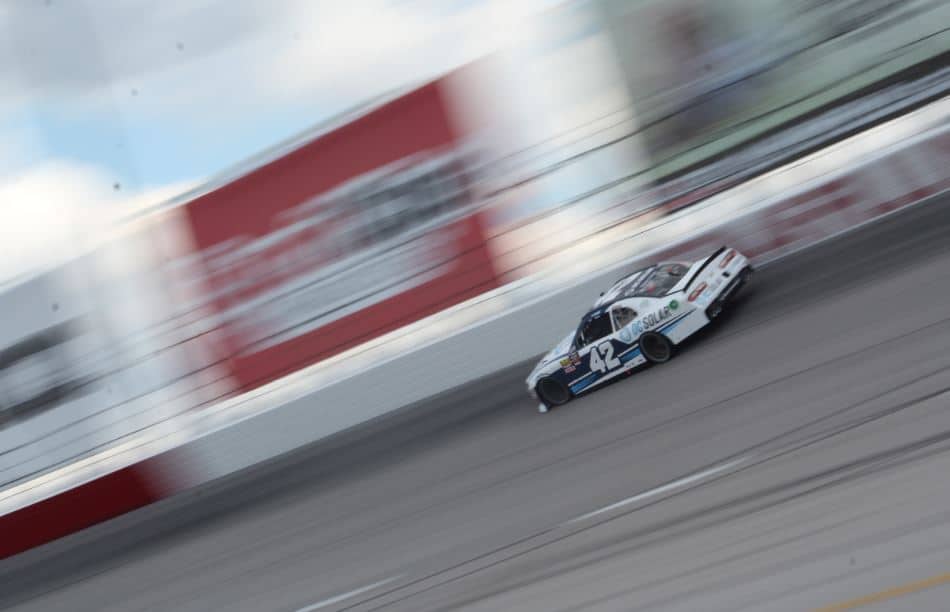 Ross Chastain earned his first career pole on Saturday (Septemeber 1st) at the Darlington Raceway. Chastain turned a 169.531 mph lap in the final round of qualifying to put the No. 42 on top for today’s Sport Clips Haircuts VFW Help A Hero 200. It is the second pole of the season for Chip Ganassi Racing’s No. 42 in the XFINITY Series.

Ryan Truex just barely missed out on making the final round while other notables outside the top-12 include Matt Tifft and Brandon Jones.

In Jones’ case, his chances of earning a good finish were significant hurt early Saturday.  Jones’ No. 19 Toyota failed pre-qualifying inspection four times.  As a result, his car chief has been ejected from the track, he was not allowed to attempt to qualify, and he will be forced to serve a drive-through penalty on the first lap of the race.  In addition, he will be penalized 10 driver and owner points.