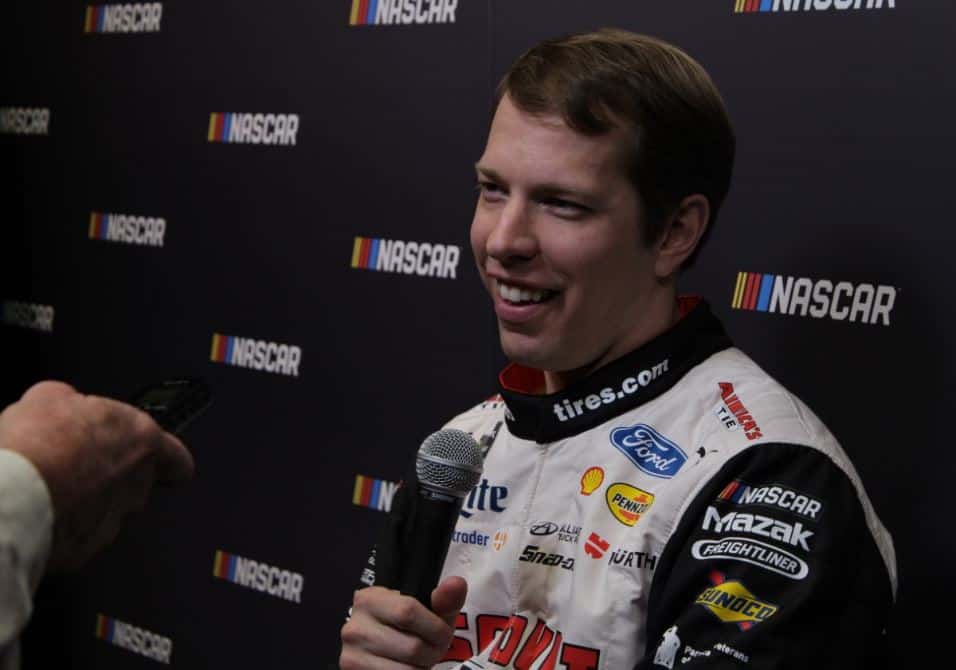 This is Darlington, and Darlington means not just one of the most prestigious races on the Cup schedule, but also a weekend of nostalgia with its throwback theme and some great-looking cars to go with it.  For just a moment, you can almost see them out there, the racers of the past, but that’s because of the effort put forth by teams and sponsors to great cars that pay homage to those who came before.

This weekend, William Byron finished a disappointing 35th after a mechanical failure, but his No. 24 car was voted best in show by fans for its throwback scheme. Unlike many of the others, this throwback was as authentic as they come.  It took the No. 24 back to its glory days when Jeff Gordon was winning everything and entering into the last great rivalry the sport has seen with Dale Earnhardt.  A few others also had throwbacks to their own cars, but the No. 24 took it back 20 years and more with what amounts to the same sponsor (Axalta bought DuPont’s auto paint division several years ago).  There are a few teams who can take it back even more, but the No. 24 team hit a home run with its colorful exterior.

There don’t have to be a lot of cautions to produce a great race. Fans at Darlington were treated to plenty of action (more than fans at home saw on TV, no doubt).  This track has produced both the largest margin of victory (14 laps) and the smallest (.002 seconds) the sport has ever seen And while it doesn’t race like a short track, it doesn’t race like a typical intermediate either.

And the stands were packed.

Yes, everyone knows that’s in part because the capacity is lower.  Darlington, hemmed in on all sides and unable to add another 100,000 seats, actually did something the other tracks didn’t. It kept the supply and demand ratio steady even after the NASCAR fad wore off and took a lot of fans off the bandwagon with it. This race probably doesn’t actually draw more fans than many other Cup races, but the intimate confines of Darlington are full when other tracks look mostly empty. Those empty stands are not a good look for the sport, and many tracks have torn down section upon section to that end.  Darlington has simply withstood the test of time and come out unscathed.

Where… did Brad Keselowski come from?

Think the days of races being won or lost on pit road are gone?  Think again.

Keselowski stalked the lead late in the race but needed something more to catch Kyle Larson.  He got it thanks to a spinning Jeffrey Earnhardt, who brought out the caution and brought the field to the pits for the final time.  A hiccup on Larson’s stop and a flawless one from his own crew gave Keselowski the lead with 20 to go, and he used those laps to run away from teammate Joey Logano and the formerly dominant Larson.

Winning races has always been about more than having the fastest car.  It comes from racing the track, from sound strategy and from great pit work. Keselowski’s victory, Team Penske’s first at Darlington in more than 40 years (1975), came from those things. He started a mediocre 13th but put himself in a better position each time the team could make adjustments and put on fresh tires. He’s a smart racer, and a smart racer in a fast enough car is a hard combination to beat.

There were a few on Sunday night, all with a common theme: one of the most treacherous pit road entrances in the sport.  Unlike most tracks, drivers can’t see the pit entrance until they’re into Turn 4 and almost on top of it.  That makes for some tense moments and some penalties.  The latter bit seven-time champion Jimmie Johnson, who had already lost a lap due to a loose wheel, along with veteran champion Matt Kenseth and Jamie McMurray.  A few others missed the entrance altogether or had to abort when they could not clear the cone.

The biggest crash of the night, a two-car incident, also happened as Ryan Newman tried to come to pit road.  Clint Bowyer, two cars behind Newman, didn’t know Newman was trying to pit and ran into him, triggering a violent crash for Bowyer and significant damage for Newman as well. Dancing with the Lady isn’t just about being fast.

Why… didn’t stage one and two winner Larson pull it off?

Larson’s car was easily the best on Sunday on long green-flag runs.  Had the race stayed under green instead of needing one final caution, Larson would have led a few more than the 284 laps he did and run away with the race.  But the slightest holdup on that final stop left him second on the restart.  That wouldn’t have been a problem for Larson had there been more laps left, but the No. 42 wasn’t as strong as it needed to be on short runs.  That’s what Larson got with a 20-lap sprint to the finish.

For Larson, there could be, maybe even should be a couple of trophies on the shelf this year, but instead, he’s got just one more shot to build some momentum for the playoffs.

How… important is this weekend to the sport?

Beyond the throwback theme, there are a lot of lessons. Despite all the changes they’ve endured, fans still care about where the sport came from.  A lot of what they’re searching for is a time long past, and this weekend gives it to them, at least for a moment.

Can NASCAR better balance the nostalgia of the longtime fans with attracting new ones in the ADD generation?  It’s a more delicate balance than it seems, but the sanctioning body should be looking closely at why Darlington, a track without a lot of amenities or other area attractions, is packing them in and is one of the most anticipated race weekends on the schedule despite being a track of over a mile.

I actually enjoyed both races this weekend. The #2 team hasn’t had a stellar season, but Brad put himself in position to win last night and it paid off. I really think that what makes Darlington such a special race is the fact that talent and racing smarts is at a premium there, not simply aerodynamics and horsepower. It’s a challenging track and a win there is a real accomplishment; it’s a highlight on any driver’s career resume. To that end, I’m not sure there’s a lesson there for other track owners. Either your track hosts some great racing, or it doesn’t. Darlington is simply a special place for stock car racing.

Sorry, but this race was boring as hell and eventually decided by a pit stop rather than on the track. At one point, it looked like Larson would lap the field. How does that qualify as exciting? And Clint Bowyer hit it on the head when he said “I’m tired of this crap” of dealing with cars running 10-20 mph slower than the leaders.

And giving the shoutout of the race to a guy who didn’t finish? This column is a complete joke. Too bad it’s pathetic rather than funny.

I picked up a book during the race and my two drivers were in the Top Ten at the time. And I had to chug coffee to stay awake. Proof that even beloved Darlington can throw us a stinker. But no one in the “good old days” crowd will ever admit it.

DoninAjax
Reply to  Another Viewpoint

When you watch using the scroll you can see where the cars are “racing” but not being shown on TV. Try it.

Yep, that’s what I do. That’s why it pisses me off so much when the network doesn’t keep the scroll with intervals up at all times. It’s the only way to really follow the race most weeks.

I don’t think the networks want to show all the lapped cars, especially if they’re 21 laps down and just getting in the way. They seem to stop after the lead lap cars or don’t show the intervals. And every time they show a new sponsor on the scroll they start at the front again.

Happy for Brad’s win – felt sorry for Larsen after leading so many laps. Agree that it was a boring race – picked up a book to read to keep awake! Cup drivers once again stunk up the Xfinity race – even heard a couple of the “talking heads” last week saying how much better the Xfinity race was without the Cup drivers. Keep them the hell out of the Xfinity series – all they are doing is trying to pad their NASCAR win total. The Xfinity races that there were no Cup drivers in this season were the better races.

I watched the whole race last night. Overall, my feelings were mixed: I’m glad Keselowski finally got a win this season, but a bit surprised how the Larson & the #42 so throughly dominated the first 475 miles. It is pretty unusual for a team to have the field covered like that with NASCAR’s micro-managed tech officiating. I think the last beatdown similar to this race was by Truex in the #78 at Kentucky earlier this Summer.

True, the race was won by a late, post-caution pitstop, but with 20 laps left, Larson had enough time to get back to the front. I’m thinking that Larson and his crew chief decided to keep the set up that worked for long, “clean air” runs in the car, rather than tightening it up enough to better work traffic.

Looking more and more like ARCA series every week. And just because you put a retro paint job on a chicken turd doesn’t make it chicken salad. And if retro gets the fans all-a-twitter, why doesn’t NASCAR take the truck series, get rid of lucky dogs and wave arounds, put lap cars to the inside, and institute the old Latford points ( with a little more points for the win ) and see how it goes for 1 season. Nothing to lose but a little pride.

I tried to watch it, but my eyes kept slamming shut. Broadcasters still aren’t helping, in my opinion. Jr isn’t saving viewers from muting or changing channels. The weather delay just made pre-race longer chatter. I did like seeing the vintage cameros.