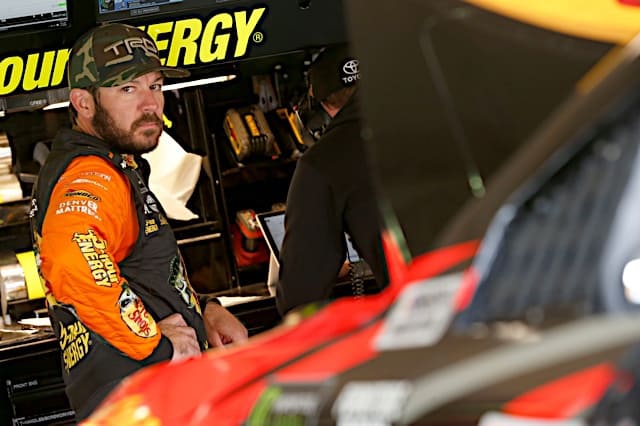 After the announcement that Furniture Row Racing is shutting down one season after winning the Monster Energy NASCAR Cup Series title with Martin Truex Jr, it has become increasingly clear that large changes need to happen in NASCAR. Otherwise, more and more of the top teams will continue to fold. The solution boils down to two options: Should the teams get a bigger slice of the racing revenue pie, or should they figure out ways to survive on their own?

With the rug having been pulled out from under the defending series champion, the conclusion is clear: no one is immune. Something has to change in this formula before it adds up to an empty garage area. But what would be the most effective way to keep the participants afloat?

Primarily, the purse money that teams receive for running in each event needs to be sufficient to cover the costs of existing from week to week.

There is no effective way to stop teams from spending their money. Even if NASCAR caps certain aspects, the ever-resourceful people who possess the checkbooks will find new ways to spend money in other ways in the hopes of being the best.

The problem lies in the fact that sponsorship is the lifeblood of every race team. Without it, it’s merely a countdown to the moment the bank account hits zero. Once that happens, poof — the race cars, the equipment, and the people all vanish.

In an unstable economy, where companies put a premium on minimizing expenses, selling sponsorship is a tall order. Teams shouldn’t have to chase every dime that isn’t nailed down to keep the doors open. The race winnings used to be enough to keep a team running. The good ones could even turn a profit. The ability to be competitive would fluctuate based on sponsorship, which certainly enhanced an organization’s options in terms of growth and development. Now, it often only takes one company deciding to withdraw their participation to close down a team and make a bunch of skilled people unemployed.

But it doesn’t have to be that way.

The current TV deal pumps a lot of money into the sport. The only problem is that by saying “the sport,” it really means “NASCAR and the tracks.” Monster Energy NASCAR Cup Series prize money is peanuts compared to the massive slice taken by the sanctioning body and the two-track conglomerates. Drop down to the NASCAR XFINITY or Camping World Truck Series, and it’s a fraction of the Cup level take. Yet, the cost of operation isn’t exponentially smaller. The further down the ladder one goes, the more lopsided the difference is between what can be earned and how much is really needed.

When NASCAR began, the prize money was accounted for  almost all the money that could be made in racing — not anymore. In all actuality, the purse money isn’t enough to justify showing up at the track with a paid crew and buying a few sets of tires.

I am of the mindset that this money, while not making everyone on the team rich, ought to be enough to cover the bills for that week (travel, tires, etc). Otherwise, what is the incentive for teams to remain operating or new ones to come on board? If a race weekend costs a truck team $25,000 and the likely prize money is between $12,000 and $15,000, there aren’t too many business savvy individuals who are gonna put up with that kind of shortage for too long.

NASCAR teams need to learn to live within their means.

During the 1990s and early 2000s, owners were spoiled and the sponsorship income became greater than the winnings purse. But instead of putting the sponsorship dollars aside as bonus cash, teams started blowing more money.

Now, we’ve got an issue where the top owners are addicted to spending money. They’re victims of our “credit card society,” where people can spend all kinds of money and worry about how they are going to pay for it later. In real life, that kind of attitude leaves you with debt you can never pay off and horrible credit. As a NASCAR owner, it leaves you with bankruptcy and forces you to shut down.

If NASCAR gave the team owners more of the revenue, then they would just blow that as well. Within a few years, they’d be right back in the situation they’re in now.

Unless the top team owners change their spending habits, they will all close their doors like Furniture Row. If you don’t believe me, then look no further than 12-time champion owner Rick Hendrick, who told Nate Ryan on the NASCAR on NBC Podcast that he’s in debt. That’s right, the most successful owner in NASCAR history is in debt. Imagine how much more the team will be hurting for cash after Lowe’s leaves at the end of this year.

Instead of blowing every dime on hundreds of workers and the latest technology, teams like Hendrick need to start looking at how teams like Front Row Motorsports are racing without gushing out cash. Yeah, the Front Row drivers are 25th and 26th in points, but they might be one of the few ones left if the top teams keep shutting down.

Teams want to have the best engineering and most advanced technology, but they need to realize that most fans don’t care about that. In fact, the more technologically advanced the cars have gotten, the more alienated the fans have felt. People fell in love with NASCAR back when three or four blue-collar guys could throw together a car and make the race. That’s why Bill Elliott was so popular.

The big teams need to trim employees, get rid of their own personal Laser Inspection Systems and quit using the wind tunnel so much. You don’t have to be a math major to figure out that you can’t spend what you don’t have.

This problem isn’t about sponsors leaving or NASCAR not giving teams enough money. In 1971, the year before Richard Petty signed with STP, Petty’s team earned $351,071 in racing revenue. Factoring in inflation, that amount would equal $2,163,129 today. In 2015, the last year NASCAR publicly released earnings, Kevin Harvick was awarded the most money at $11,730,460. Of the drivers who ran all the races, Landon Cassill earned the least at $3,258,211.

Teams are making way more money off revenue than they did in the days before sponsorship, yet somehow it’s NASCAR’s fault they are losing money. If the average person goes out and blows more money than they earn, it doesn’t mean their employer needs to give them more money.

It’s called making a budget — everyone has to do it, and it’s extremely simple. Yet the billionaires that own race teams can’t figure out how. I guess they don’t teach that at the RTA meetings. -Michael Massie

Frank and Michael…. You both offer partial, insufficient solutions. Frank, you think the teams should get more TV revenue and more of the prize money, but if ratings and attendance keep dropping, there won’t be much prize money for anyone, and the TV money will ultimately dry up as well. Michael, if the Front Row news doesn’t tell you that you can’t be competitive by spending less, you missed the point. The financial problems facing race teams are complex and won’t be solved by cutting some costs or by giving the teams more of the sport’s existing revenue. There’s no easy fix here. I don’t envy Jim France’s immediate task one bit, but if he’s smart and resourceful, he’ll surround himself with people who cans see the big picture and think outside Nascar’s tiny little box. Jim will then have to shake up the status quo with both short-term and long-term strategies that may not be very popular. Nevertheless, big, somewhat radical changes are going to have to occur before this sport can move into the future on solid ground.

Remember Jim and Leesa could have overruled Brian at any point. They choose not to. All you need to know.

One of the biggest problems is NASCAR gobbling up “Official _____of NASCAR” sponsors. Heaven forbid they help out the teams. I know that they can’t send them to a specific team, but they could ask if they considered sponsoring a team. How did NASCAR get Winston/ Junior Johnson was approached by Winston and he thought they could add more to the sport, so he sent them to NASCAR. Time to reverse the program.

Doesn’t 65% of the tv money go to NASCAR tracks ! Now try explaining to me how that’s right.

The only solution is for all the major sponsors to leave like lowes and the energy drink outfit.

The new France still has the same support cast that helped make all the stupid decisions.

In this day and time, there has to be a return on money and NASCAR is not providing that return with tv views down and and track attendance down, a freshman business major can see that is not a sustainable model.

Harvick and Cassill didn’t get that amount. The finishes they got earned that amount. Whether they got a percentage of that depends on the contract they signed.