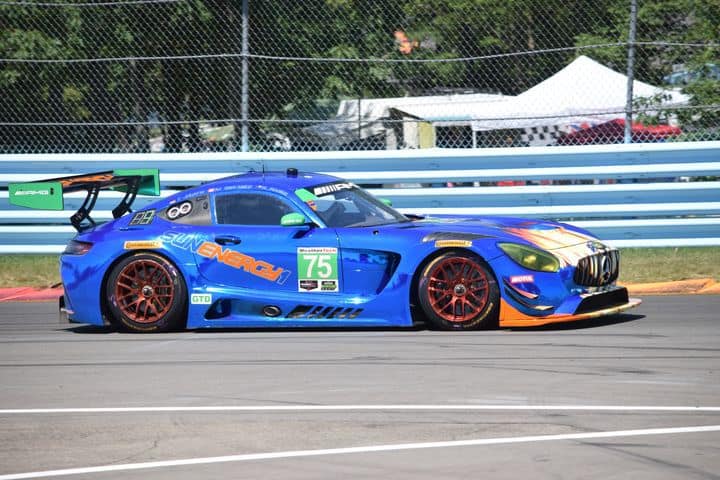 This Sunday, the IMSA WeatherTech SportsCar Championship has their final sprint race of the 2018 season at WeatherTech Racing Laguna Seca. 35 teams are currently entered in the race.

In the Protottype class, there are 13 entries.  There are no lineup changes as compared to the last time the Prototypes raced at Road America.  The only real change involves the AFS/PR1 Mathiasen Motorsports team.  In an attempt to improve their fortunes, the team has switched chassis from the Ligier JS P217-Gibson to an ORECA 07-Gibson.  The move means that there will be no LMP2 Ligiers on the grid.  A Ligier JS P217 won the race last year overall.

The GT Le Mans class has eight entries, all of which being factory entries.  There are no changes from the last round at VIR.

The GT Daytona class has 14 teams currently entered, although it appears that not all 14 will race.  SunEnergy1 Racing has lodged an entry for their Mercedes (pictured above at Watkins Glen).  The original plan was for team owner/driver Kenny Habul to share the car with seven-time Virgin Australia Supercars Championship titlelist Jamie Whincup.  Unfortunately, that apparently won’t happen.  RACER is reporting that Habul has gotten sick and cannot race, hence the whole deal’s off.

Scuderia Corsa is based in California, so WeatherTech Raceway Laguna Seca is their home race.  As a result, the team has entered their second car, the No. 64 Ferrari with Townsend Bell and Frankie Montecalvo driving.

In addition, Àlvaro Parente returns to the No. 86 Meyer Shank Racing Acura alongside Katherine Legge.  Parente replaces Mario Farnbacher, who drove at VIR.