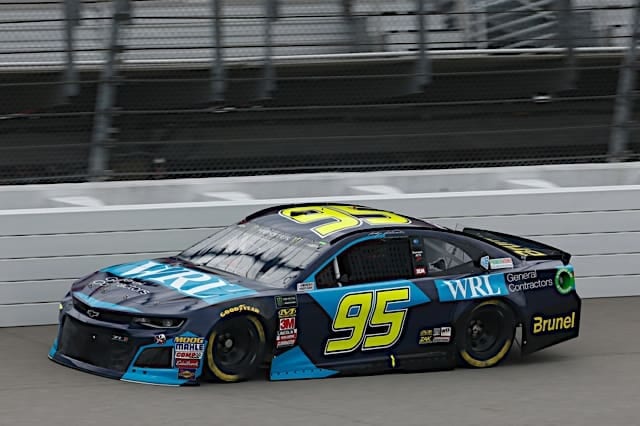 Due to what his team called “lingering effects of extreme heat exhaustion” following last weekend’s Bojangles Southern 500 at Darlington Raceway, Kasey Kahne will not race this weekend in the Big Machine Vodka 400 at Indianapolis Motor Speedway.

“Following Sunday night’s race at Darlington, Kahne was taken to the track’s care center where he was treated for heat exhaustion. Several days later, Kahne opted to consult with several physicians who recommended that he sit out from this weekend’s events in Indianapolis until further testing and evaluations have been completed,” the Leavine Family Racing statement read.

Kasey Kahne will not drive this weekend. Regan Smith will substitute for him. pic.twitter.com/HOAOhahiQZ

Regan Smith will drive the LFR No. 95 Chevrolet Camaro ZL1 this weekend in Kahne’s stead.

“A timetable for Kahne’s return to the No. 95 has not been established, but Leavine Family Racing will provide an update next week regarding plans for the Las Vegas Motor Speedway event,” the LFR statement read.

Kahne won the crash-filled Brickyard 400 last year while driving for Hendrick Motorsports. He will retire after 2018, following 15 seasons in the Monster Energy NASCAR Cup Series. He has 18 career wins and a best finish this season of fourth in the July Daytona race.

Smith last raced in the Cup Series for two races in 2017, filling in for for two races in the Richard Petty Motorsports No. 43 for an injured Aric Almirola. He has four full-time seasons of experience and 213 MENCS starts, with one-career win in the 2011 Southern 500, the first victory for Furniture Row Racing. Smith’s best finish at Indianapolis Motor Speedway was third in 2011.

While missing this race does officially remove Kahne from championship contention, as it is the regular-season finale, he didn’t realistically have a chance to repeat his 2017 triumph, as he’s 27th out of 30 full-time drivers in the standings.

The Big Machine Vodka 400 at the Brickyard is scheduled to go green around 2:30 p.m. ET on Sunday with TV coverage on NBCSN, but that could change as rain is in the forecast.

Hope he feels better! But on the plus side we don’t have to hear endless KASEY KAN DO IT AGAIN garbage. Which we all know would not happen, so his “illness” does have a plus side. It ends the BS speculation that NASCAR’s good lap dogs cover over and over and over……….